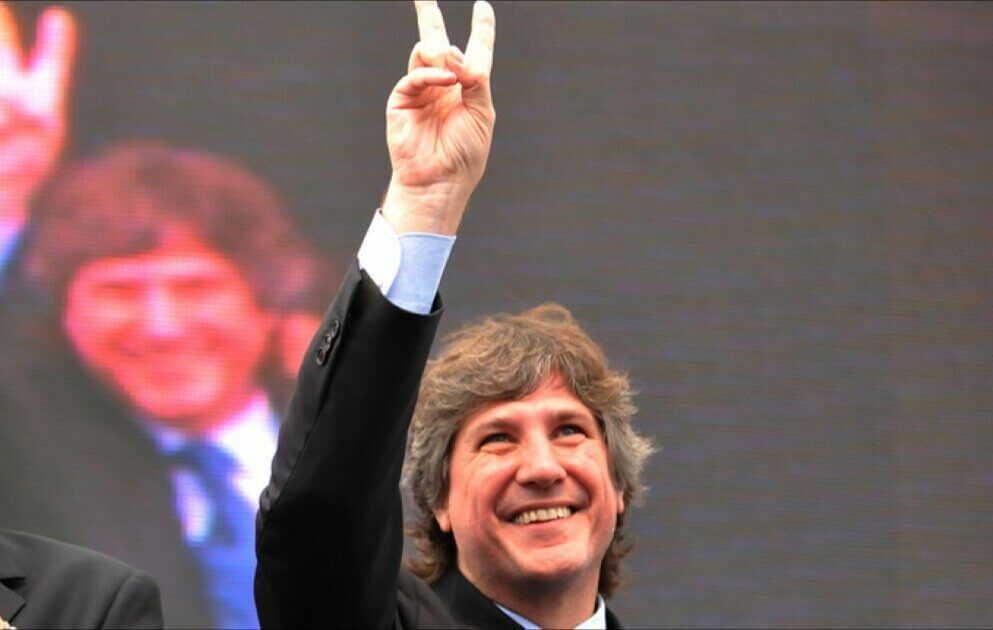 Former Vice President of Argentina, Amado Boudou,  who had been placed in Ezeiza prison serving a five year and 10 month sentence for corruption, has been released by the criminal courts on bail.

The court ruled that his sentence for bribery and business incompatible with public office is not firm, as it is still being appealed, suggesting that his liberation would not hamper the trial process.

READ MORE: Ex-VP Amado Boudou is sentenced to five years and 10 months in prison for corruption

“Currently I do not see in what way they could hamper the investigation,” explained Boudou’s defense lawyer in a written communique. “At this point I understand that the most relevant measures, those which are most conducive to the clarification of the events have already taken place. This means that the accused cannot show, in this instance, any behaviour that would compromise the success of the investigation.”

However, after paying one million pesos of bail (US$26,600) Boudou has to wear an electronic tagging device and is not allowed to travel more than 100 kilometres from his address. He is also banned from leaving the country, has had his passport confiscated by the authorities, and will have to report to the police every two weeks until the appeal process has been completed.

The ex-vice president stands accused of using shell companies and clandestine middlemen to gain control over a company that was given contracts to print money, as well as material for ex-President Cristina Fernandez’ election campaign.

Serving most recently as Vice President, the ex-Kirchner official had also been  the country’s economy minister during Cristina Kirchner’s administration from 2007 until 2015. Since his sentence on August 7, he has been in Ezeiza prison in Buenos Aires along with many other businessmen and politicians who have been found to have played a part in various corruption scandals during the Kirchner administration.

However, despite the legality of the decision, Justice Minister Germán Garavano as well as Buenos Aires Head of Government Horacio Rodríguez Larreta have both stepped forward to publicly disagree with the decision.

“It’s outrageous,” Rodríguez told Todo Noticias. “These signals are not at all helping with the necessity to regain the country’s credibility […] We hope that this isn’t taken as an example for other liberations. It gives a sense of impunity.”

Garavano explained that the decision was “a step backward” in the application of justice.