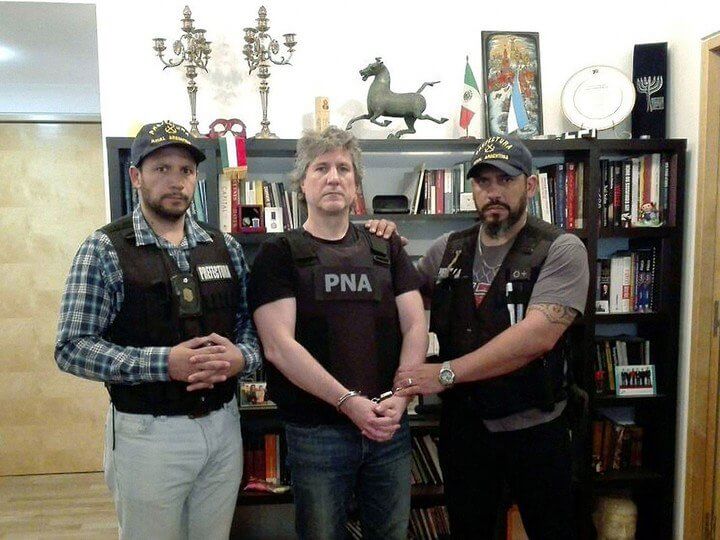 Ex-Minister of Economy during Cristina Kirchner’s first administration, Amado Boudou, is facing a third public trial in the ongoing corruption cases that have been filling courts since the beginning of August.

Lawyer Jorge Di Lello requested that the judge heading the case, Ariel Lijo, elevate it to a public trial as new evidence has come to light. La Nacion reported that Boudou is accused of faking invoices for expenses incurred during his time as Minister of the Economy.

The ex-minister has already been sentenced to five years and 10 months of prison for the Ciccone case, in which he was accused of lifting a bankruptcy declaration on currency company Ciccone Calcográfica in return for an equity stake. He is also suspected for falsifying car documents and buying cars from a dealer in the Ministry of Economy.

Also implicated in the expenses case are ex-head of the Economic Cabinet Guido Forcieri and ex-private secretary Hector Eduardo ‘Cachi’ Romano, although Boudou told Lijo in June that “no minister took part in administrative tasks.” Forcieri has already been sentenced to two and a half years in prison for his part in the Ciccone case.

“The attributable actions of Amado Boudou, Hector Romano and Guido Cesar Forciero consist of having presented affidavits with false information and receipts of false payments,” Lawyer Di Lello explained to Diario 26. “Amado Boudou was the head authority to whom the ‘eventual costs’ were handed in to, and it is he who should be held accountable for these costs.”

Much of the fake expenses were concentrated in a trip to the G-20 meeting in Paris in 2011, where financial leaders and economy ministers gathered to discuss international affairs. Judge Lilo discovered new expense receipts of 23,800 euros ($951,000 pesos, US$26,700) for translation and accommodation bills between 2010 and 2011 that were considered questionable.

New evidence also came in the form of interpreter and translator Ana Ruth Juárez, for whose work Boudou presented a bill for 3,050 euros ($122,000 pesos, US$3,410). However, Clarin reported that Juárez explained her services normally cost between 600 and 1,000 euros and that she would “never” have charged that much money.

“There were invoices used by Forcieri and Boudou which had the same numbering but different expenses,” Judicial sources told the newspaper. “They scanned the invoices and then faked them.”

The crime could lead to a sentence of between two and 10 years .