Del Potro and Schwartzman look strong in first round of Wimbledon 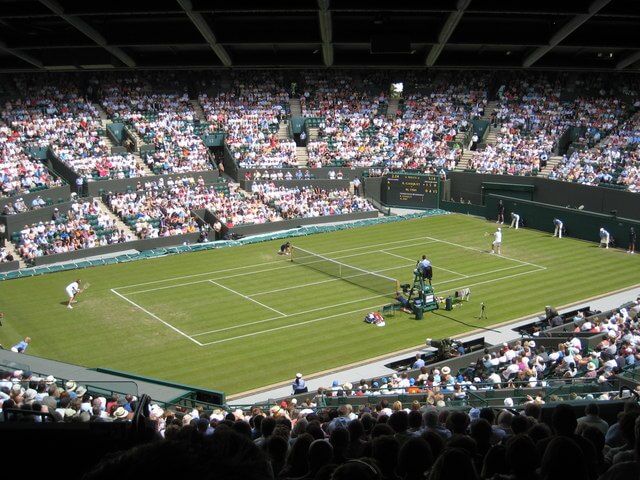 Wimbledon has started off on a good foot for Argentinian players Juan Martín del Potro and Diego Schwartzman with both players easily winning their first matches.

Del Potro beat German Peter Gojowczyk 6-3 6-4 6-3 in just two hours, showing off the strength of his game since he returned from a spate of injuries.

The Argentine managed to reach the semifinals of the Roland Garros Grand Slam in May, only to be thwarted by Spaniard Rafael Nadal who is currently number one in the world according to ATP rankings. However, Del Potro’s strong performance in the French Open boosted his own ranking to number four, his highest ranking since 2014.

Alexander Zverev is just above Del Potro in third place in the rankings, and also cruised through the first round of Wimbledon. If they meet during this competition, the Argentine has the opportunity to go even higher in the rankings. However, Del Potro assured to Todo Noticias that this is not his primary concern.

“Ever since I came back, ranking has been in second place,” he said. “The higher I get, the better. But no number on the ranking could equal everything I’ve experienced since I came back from injury.”

Fellow countryman Diego Schwartzman also gave a strong performance at Roland Garros, even winning the first set against Nadal before leaving the competition. Currently at a career-high ranking of 11, he breezed through the first round of Wimbledon 2018 with a 6-3 6-2 6-1 win against Bosnian Mirza Bašić.

Wimbledon is one of the four Grand Slam events in tennis, along with the Australian Open, the French Open and the US Open and is the only Grand Slam with grass courts, which speeds up play.

Del Potro and Schwartzman are both at high points in their careers and are hoping to push themselves in this competition.