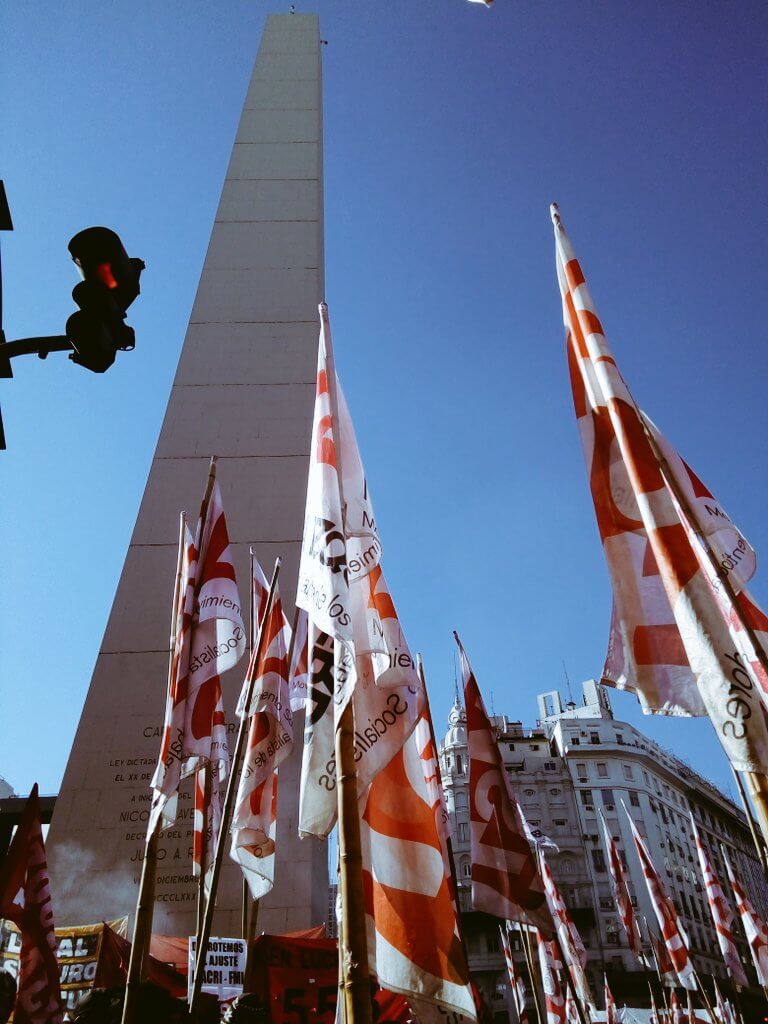 As the nationwide strike paralyses the country, government officials and many on social media are questioning the efficacy of the 24-hour walkout.

Starting at midnight on June 24, this is trade union CGT’s third national strike during President Mauricio Macri’s time in office, and is causing hundreds of public services to grind to a halt.

Todo Noticias reported that the government estimates the strike will cost the country nearly $29 billion pesos. This number was decided on by estimating the cost of products that are not being produced, as well as the funds lost by the lack of public transport which is stopping thousands of people getting to work and affecting many services.

Gabriela Michetti, the vice president of Argentina, has been outspoken in her criticism of the strike, and reiterated on the television programme Almorzando con Mirtha Legrand broadcast on Canal 13 that the government were open for discussion, reported Todo Noticias.

“If you have a government that is closed and doesn’t listen to anybody, a strike is a way of getting their attention,” she said. “But here we have a state with regional boards, which ask please that the trade unionists come and join these regional boards with business owners in the sector that we have to work in.”

Minister of the Interior, Rogelio Frigerio, also spoke on Mirtha Legrand’s programme, stressing that the strike “doesn’t make any sense” and “the people don’t even know what they’re striking for.”

“The day after we will be in the same place,” he explained. “The dialogue is open; we talk with all those who want to sit down and discuss [the situation] but there are many who don’t want to.”

Todo Noticias also tweeted a video of a supermarket owner, named as Jorge, who explained that he wanted to keep his store open, but was threatened by the trade unionists to close.

“They’ve been threatening us for a week; saying that they will break everything, that they’ll set fire to everything,” Jorge said, via Todo Noticias’ Twitter page. “They said ‘Think of the children.’ It was the trade unionists[…] People want to work. They’re just taking part [in the strike] because they were threatened.”

Also on Twitter, the Argentine Economic Advisor (@ConsultoraAreco) posted an online poll on June 22, asking whether people were for or against the strike. Nearly 15,000 people took part in the poll and 90% of those expressed that they were against the strike.

For many however, the strike is simply against Macri’s policy decisions and the agreement made with the IMF which has caused widespread controversy across the country.

Large groups of people are gathering at the Obelisco in Buenos Aires today June 25 with banners and placards to join the protest, where there will be speeches and demonstrations throughout the day.