Ecuador and the US push for Argentina to dollarise its currency 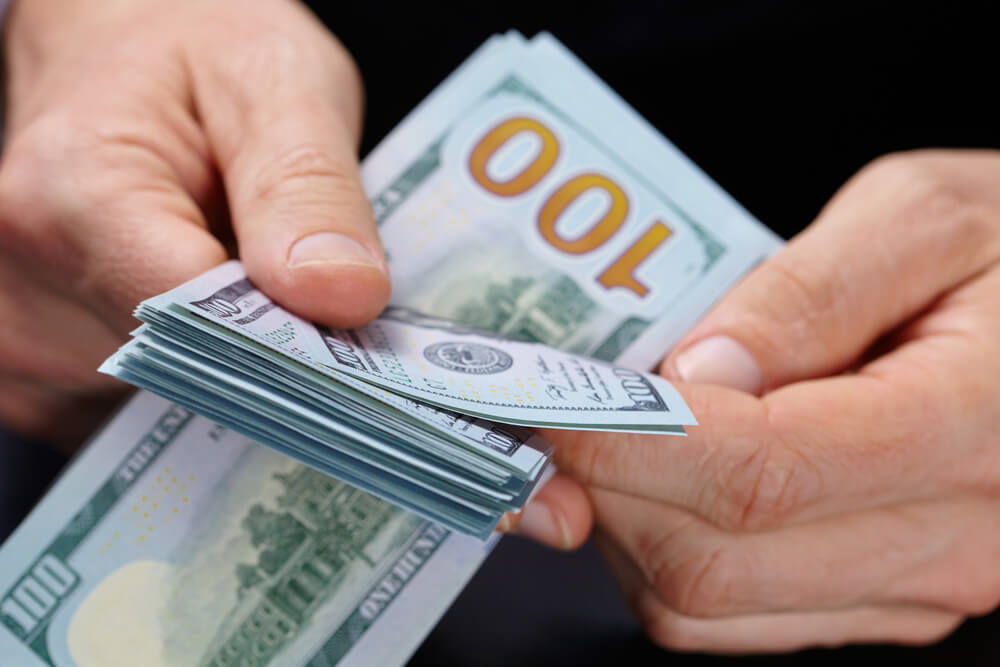 Carlos Julio Emanuel, one of the men behind the dollarisation of Ecuador’s currency back in 2000, has advised Argentina to do the same in light of its growing economic woes.

“When there is one sole currency there is no possibility of devaluation,” he said in a radio interview on the program De Caño Vale Doble. “Since the year 2000 in Ecuador, governments have not been able to use the money-printing machine in order to finance fiscal deficit. Today Ecuador has 0 percent inflation. We went from 100 percent in 2000 to 0 percent.”

This comes as Argentina’s government admits for the first time that it’s likely the country will fall into recession both this year and next.  Perfil reported that authorities forecast a 2.4 percent shrink in the economy this year and 0.5 percent in 2019, after the austerity measures and prospective budget for 2019 were defined.

This year alone the Argentine peso has depreciated by 53%, the largest fall of worldwide currencies monitored by Bloomberg.

Pressure on Argentina to dollarise their currency began in earnest last week when the Director of the National Economic Council for Trump’s Administration, Lawrence Kudlow, gave an interview with Fox News assuring the anchorman that the US Treasury was “working on it.”

The anchorman recognised that Argentines were loathe to resort to the International Monetary Fund (IMF), and suggested to Kudlow that they would rather work with the US Treasury to help bolster their economy.

“Treasury is deeply involved in this discussion, which is a great thing,” Kudlow replied. “As you and I learned, the only way out of Argentina’s dilemma is to set up a currency board. The Peso links to the dollar, but you can’t create a single new peso. No money creation unless you have a dollar reserve behind it. That worked in the 90s, it brought down inflation and kept prosperity. That’s that they need, to do it again. And you know what? Treasury Department people are on it.”

Kudlow failed to note, however, that this dollarisation had negative effects as well. During 1991-2002, unemployment increased, national debt rocketed, and it ultimately ended in the 2001 economic collapse still fresh in many Argentine’s memories. 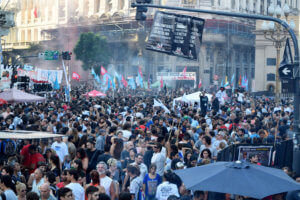 Argentina is no stranger to demonstrations protesting the management of the economy. Photo courtesy of Shutterstock

Despite Kudlow’s assurance, sources from President Mauricio Macri’s government were reported in Perfil denying the existence of any plan to dollarise the economy.

“Argentina is not negotiating any dollarisation or anything similar with the United States,” they affirmed, adding that “we deny it totally and completely.”

Ecuadorian Emanuel explained that dollarisation could be carried out without the US getting involved, just as it had in Ecuador.

“The results were excellent, the US government didn’t participate in any way, and nor did the IMF,” he said. He conceded that there was a fear of a loss of heritage by removing the national currency, but was still staunch in his support for the measure.

“Every country must decide what it wants, but in the case of Venezuela and Argentina, it has been proved there is a strong demand for the dollar,” he explained. “People don’t save in pesos, they save in dollars, and this preference is the basis for dollarisation.”

Despite this most recent push for a change of currency by a country that has already done it, there has been no word from the government that it is part of the economic plan.