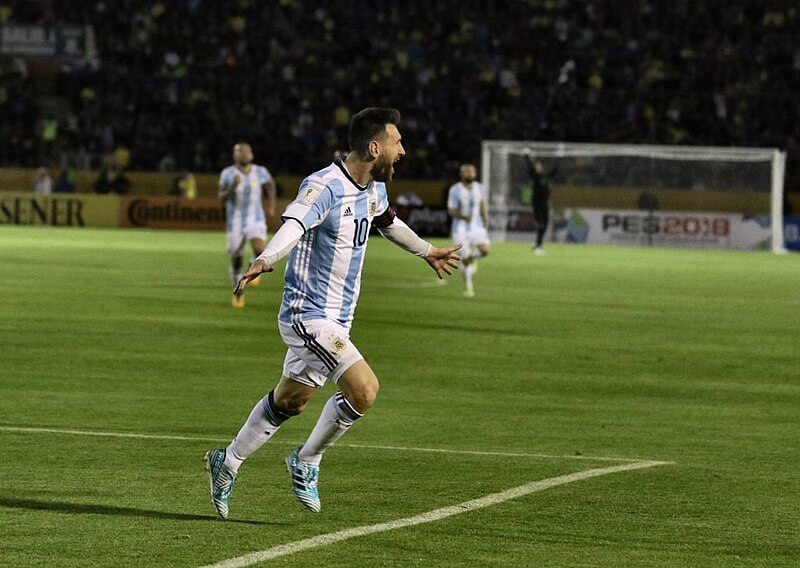 Palestinians celebrate as Argentina pull out of their friendly match with Israel which was due to take place on Saturday, but Israelis and many Argentinians are less than enthused about the controversial decision.

There had been widespread international pressure on the blue and white football team to cancel the match in Jerusalem as it was seen to be legitimising Israel’s occupation of Palestinian land.

The Palestinian Football Association gave a statement, reported in The Times of Israel, explaining that if the team were to play the match, they would launch a campaign to delegitimise Argentina’s claim to host the 2030 world cup, as well as calling fans to burn Messi shirts and posters with his face on.

Jewish News Syndicate confirmed that Messi and other team members had received death threats which influence their decision to cancel the match, as well as protests that showed Argentinian shirts stained with ‘blood.’

“The threats and provocations directed at Lionel Messi, which logically aroused the solidarity of his colleagues and fear of playing the friendly, are no strangers to the daily life of Israel’s civilian population whose sporting stars, to put it simply, have been on numerous occasions the targets of violence and attacks,” the Israeli embassy in Argentina wrote on Twitter.

After the Argentinian team, led by star Lionel Messi, decided not to play in the match, Israeli Prime Minister Benjamin Netanyahu called Argentinian President Mauricio Macri to urge him to persuade the team to change its mind. However, the Israeli newspaper reported that Macri stated that he had no influence on the team’s decision.

The match against Israel was highly anticipated, with tickets selling out within 20 minutes, and leading Argentinian newspaper Clarin posted two opinion articles Wednesday morning giving a scathing criticism of the team’s decision.

One of these articles, written by journalist Miguel Winazki, suggested that if the team were going to pull out of a match based on human rights and safety grounds, that they should at least be consistent and ensure that each country they’re due to play has a spotless human rights record.

“[The team should] not play in Russia, because the Kremlin was behind the decision to launch military incursions in Syria in complicity with the tyrant Bashar Assad, causing the deaths of thousands of citizens of that country,” he explained.

He added that  France was out of the question due to its colonial past, Spain is a no-go because of the electrified gates that keep immigrants out, and Nigeria’s bloody violence with Boko Haram means that it, too, would not reach the high moral standards of a legitimate opposition.

“Let’s not play with anyone,” he ended the piece. “Not even against ourselves, since we cannot deal with our own cases of corruption. We can abolish soccer, become a moral beacon, and raise the world cup of universal hypocrisy.”

Daniel Lagares wrote an article entitled Campeones Mundiales del Papelón (Ridiculous World Cup Champions) where he insinuated that if the team were too afraid to play in Israel because of the possibility of violent attacks, then they would be severely limited in the future. He mentioned the terror attacks in Paris and London, as well as highlighting that 13 people were murdered in Barcelona, the city where Messi lives.

“Now they’ve been warned that Jerusalem is dangerous?” he questioned. “Is it more dangerous than other cities? By how much?”

The Argentine team recently refused an invitation from the Pope as they were busy preparing for the Israeli match which they will no longer be attending, but their next match will be in the World Cup against Iceland on June 16.

These events have raised the debate on whether the sport should be used as a political tool or whether the beautiful game should remain pure and separate from the messy problems that every country has lurking in their cupboards.