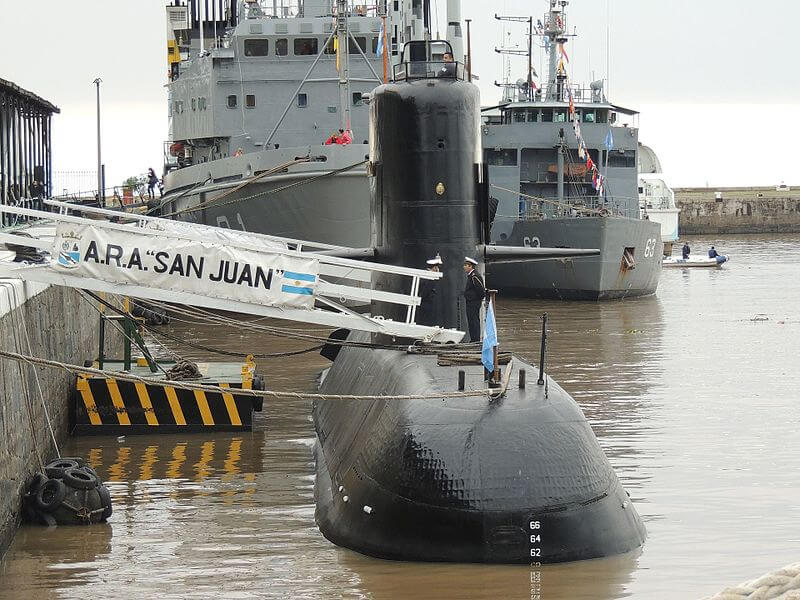 The family and relatives of the crew members of the lost Argentinian submarine ARA San Juan have not given up.

The Argentinian navy called off the search for the vessel in December 2017, two weeks after it went missing in November. However, the relatives of the 44-person crew do not want to stop the search and have set up a crowdfunding account in which they can raise donations to continue the search, according to a BBC report.

The Argentinian Navy’s failure to find the vessel either underwater or by air has left the loved ones of the crew dissatisfied. They have now decided to take matters into their own hands.

The entire crew of the vessel has been presumed dead as the submarine was supposedly equipped with just 10 days worth of air.

Many relatives have accused the Navy of using a submarine that was not in good condition. Naval representatives, however, claim that the vessel, which was 44 years old, had passed all the safety check regulations. President Mauricio Macri even said that the sub was in ‘’perfect condition’.’

The ARA San Juan reported an ‘’electrical breakdown’’ when it was on its way back from a routine mission in Ushuaia, close to the southern-most tip of the South American continent. Argentinian naval commander Gabriel Galeazzi said that the submarine had been ordered to return back to base, but had disappeared.

The vessel made its last radio contact roughly around 10:30 GMT on Nov. 15 of last year, when it reported that everything was fine. However, the Vienna-based Comprehensive Nuclear Test Ban Treaty Organization claims it detected a noise on the radio 30 minutes after the last contact. The navy speculates that the noise might have been of the submarine imploding.

More than a dozen countries had been contributing in the search for the submarine, which included around 4000 personnel. The Argentinian government also offered a sum of $4.9 million USD for information regarding the vessel’s location. After two weeks of searching, the Navy reduced their search team significantly, bringing down the number of ships deployed.

However, many relatives said that they were not content with the official version of events and that, indeed if the crew was dead, the bodies needed to be found so that they could grieve.

“We want to keep looking, we are not going to stop,” one of the relatives told the BBC. “We are looking for the truth and you can accompany us. With a small donation we will take a big step. Help us.”