Argentina will not be part of the 2019 Dakar Rally 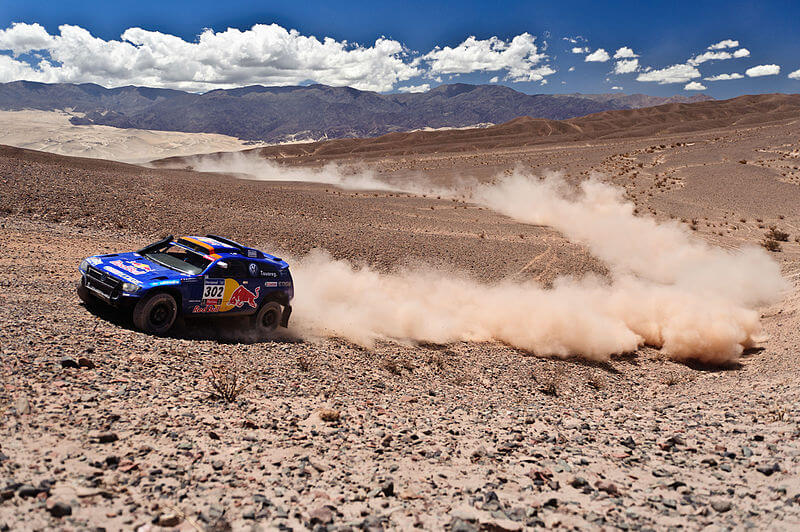 Argentina will not be taking part in the 2019 Dakar Rally for the first time since 2009 when the race moved to South America.

After a delayed decision as the organisation waited on a final decision from Argentina, the Dakar Rally Organisation tweeted on Friday that the race would be taking place only in Peru, starting and ending in the capital of Lima.

Clarin confirmed that the race will start on Jan. 5 and ending two weeks later on the  17th, with the ending ceremony taking place on Jan. 18, the anniversary of Lima’s founding.

The location of the rest day is still undecided, with sources from Clarin stating tourist hotspot Cusco or Moquegua as possibilities, whereas Infobae mentioned Arequipa, Peru’s second city.

Infobae spoke to the Dakar Rally manager, Etienne Lavigne, who expressed his excitement about Peru’s varied landscapes with stretches of sand and dunes, which would turn it into “the most African of the American editions.”

It’s the first time in five years that Peru has been involved in the Dakar Rally.

Bolivia, Argentina and Chile pulled out at the last minute with most of the countries citing economic reasons for their withdrawals. Chile’s Minister of Sport, Pauline Kantor explained the situation to Infobae, but assured that the country would be involved in 2020.

“[Chile is in] a very delicate fiscal situation,” she told the Spanish language news source. “The government is implementing an austerity policy, and for this reason we have to use our resources in a responsible way.”

Argentina’s economic and financial crisis was almost certainly the main cause of backing out, as the currency reached 24.6 pesos to the dollar today and the country is in negotiations with the International Monetary Fund to secure a $30 million loan.

Bolivia, who has taken part in the Rally every year since 2014 has experienced a rise in positive tourism due to the race, but La Razon explained that the country pulled out this year as they were unable to come to an agreement with the course directors on a suitable route. The Minister for Culture and Tourism assured that Bolivia would take part in future editions of the rally.

Lavigne told Infobae that despite the delays, he was sure that everything would be completed in time, but that in the future they would be more prepared.

“Chile, Bolivia and Argentina’s cancellation has led us to be more active in searching for other countries,” he said. “I can’t know what the economy of these countries will be like in a year, and the Dakar has the responsibility to organise a quality race.”

The Dakar Rally Twitter page states that the official route will be revealed at 12 p.m. CET time on Friday.

The Dakar Rally dates back to 1978, when it was called The Paris-Dakar Rally due to its route from France to Senegal. However it moved to South America in 2009 as the rise of terrorist groups in Mauritiana and other parts of Africa caused security concerns.