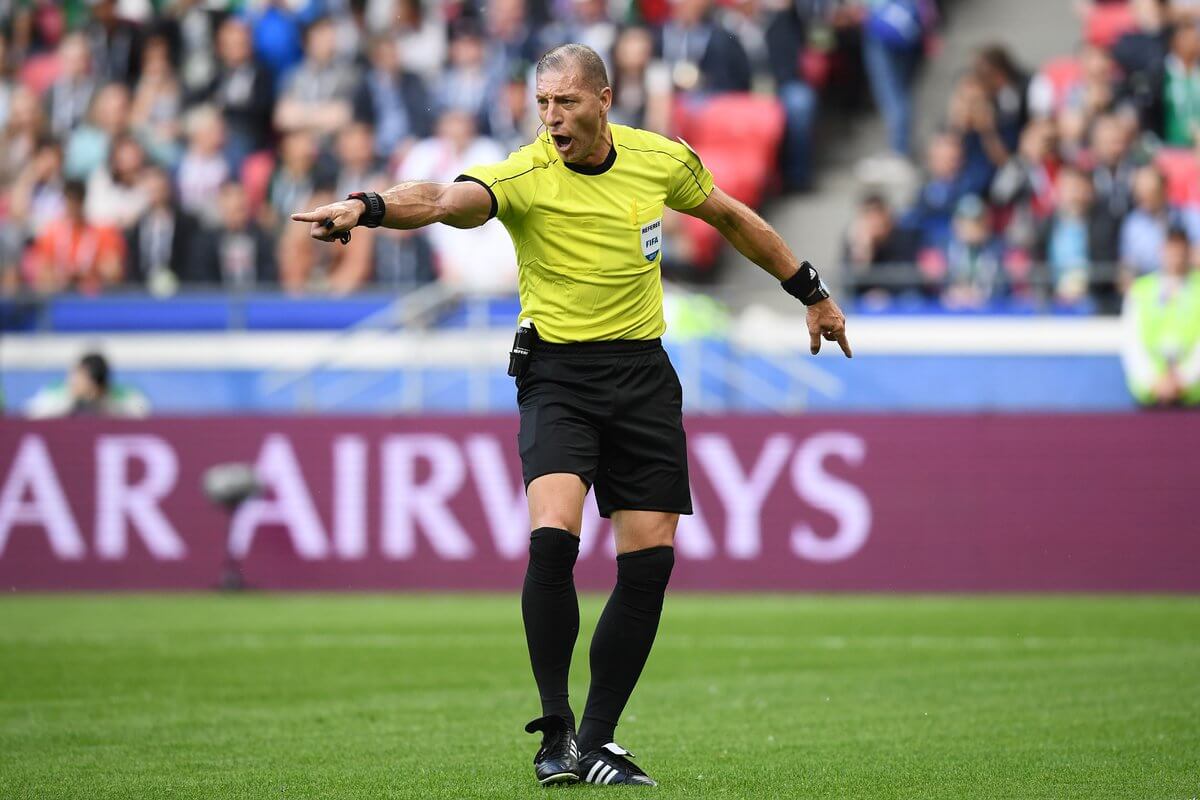 FIFA have chosen Argentine Néstor Pitana to be the head referee in the inaugural match of the World Cup between Russia and Saudi Arabia on Thursday June 14.

Pitana was up against two other Argentines Juan Pablo Bellati and Hernan Maidana for the post of referee, and in the first open practice before the press all three were asked to referee a small part of a juvenile game played by Russians, reported Clarin,

During the practice, the players had been instructed to kick each other and fake injuries at opportune times in order to ascertain the referees’ ability to make quick decisions. Pitana, who knows the tricks and has done some acting in his time, saw through them immediately and gave three penalties, two yellow cards and one red, all in the mere 15 minutes that he had on the pitch.

As well as Pitana, Bellati and Maidana will be officials during the match, with Sandro Ricci from Brazil designated as the fourth official, reported FIFA.

It is an honor to be in the inaugural match, I hope to be up to the task!

FIFA names him as one of South America’s most experienced referees, as he debuted in the Argentinian league in 2007, refereed his first international match in 2010, as well as four fixtures during the Brazil World Cup in 2014, including a quarterfinal.

Pitana will become the second Argentinian referee to work in two World Cups, after compatriot Norberto Coarezza. The upcoming World Cup will also mark his fifth game as a referee, meaning he will have refereed as many games as Argentine Horacio Elizondo, who is famous for his officiation during the 2006 FIFA World Cup. However, if he is asked to adjudicate another match, he will have the most World Cup matches under his belt than any other Argentinian.

Argentina’s first match will be against Iceland on June 16, for which the referee is yet to be named.