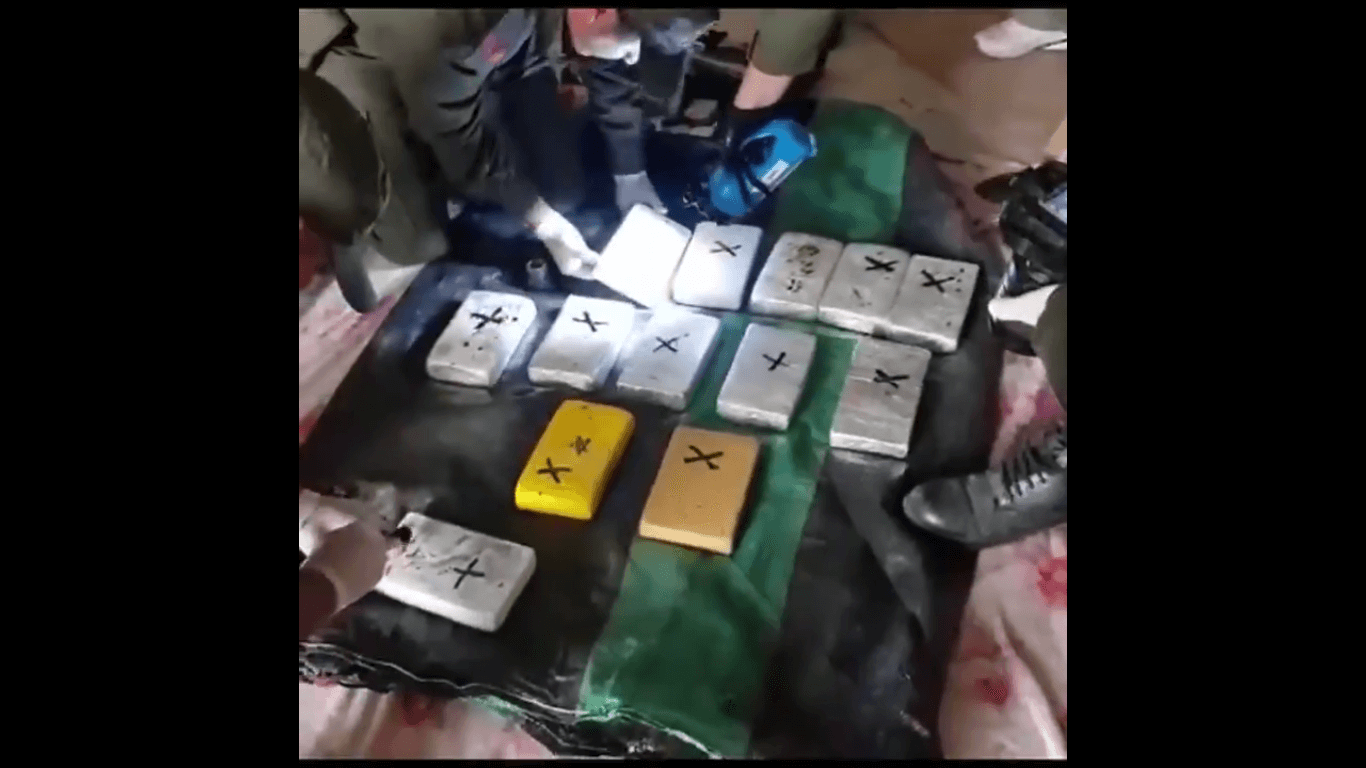 Patricia Bullrich, the Minister of Security, gave a press release yesterday afternoon, which was reported in Infobae. Bullrich explained that the gang leader caught is called Juan Antonio Aguilera, also known by his alias Juanzuti. Four other gang members were caught during the operation.

Infobae reported that the Operativo Imperio (Empire Operation) used phone tapping, surveillance and tracking. This gave them the information that the gang was organising the movement of a large amount of drugs from Oran to Buenos Aires province.

The Gendarmeria Nacional’s website affirmed that on May 19. the Gendarmeria saw some of the gangs cars heading south from Salta to El Naranjo. They followed the cars and ended up giving chase, however the gang’s cars purposefully charged into the police cars, crashing them and giving them the chance to escape.

The Salta Police were then informed who tracked down an abandoned car in El Condor. In this car they found six cloth sacks filled with packets of cocaine weighing almost 360kg. The ‘bricks’ of cocaine were marked with the logos used by the gang; a dolphin with an arrow, the shape of the moon, and the inscription MG.

Later Salta police discovered a VW van making suspicious maneuvers near San Felipe. Upon stopping the vehicle, they found both Aguila and his right hand man Marcelo Atamanczuk, who they detained. They also found 50,000 (around pesos (around $2000) in cash, mobile phones and documents of interest.

Two days later, Salta police and the Gendarmeria caught two more gang members, natives of Oran, who were the individuals who abandoned the cocaine-laden car in the chase days before.

On Tuesday night and Wednesday morning (22 and 23), Gendarmeria in Oran searched 10 houses, finding 13kg of cocaine with the same logos as those found in the car in El Condor. They also seized money, tickets and Chinese passports.

Argentina have had a spate of successful drugs-bust operations in the last couple of weeks, with narcotics being discovered in televisions, cars, or even buried in the ground.