Argentina’s director of intelligence accused of money laundering in Brazil 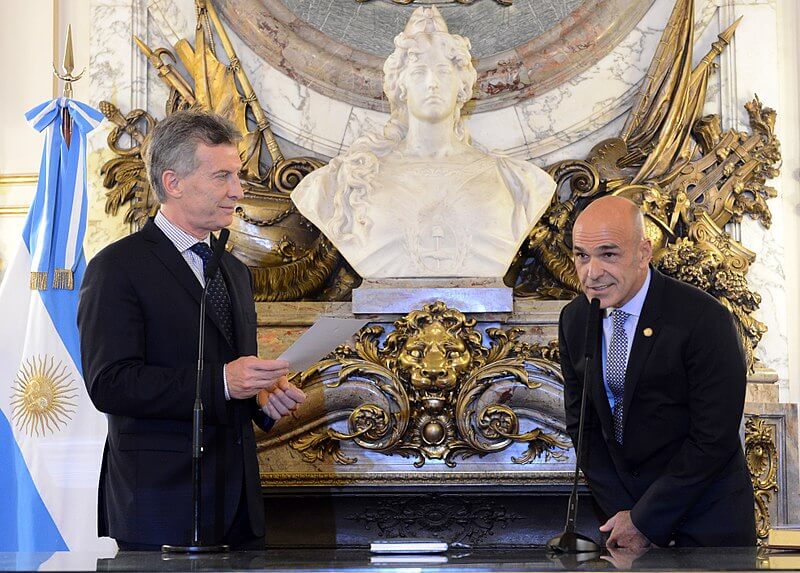 Argentina’s intelligence director has gotten caught up in the dirty mix of Brazil’s Operation Car Wash scandal, known locally in Brazil as Lava Jato. Authorities there accused the head of Argentina’s Federal Intelligence Agency (AFI) Gustavo Arribas of receiving around $850,000 in laundered money, according to the New York Times.

A Brazilian federal policeman told reporters that an investigation found that Arribas received the six-figure amount through an offshore account in Hong Kong before it was deposited into his Argentina account, evading required notification to Brazil’s Central Bank.

Milton Fornazari, the investigation lead for the latest Lava Jato offset investigation called Operation Discard, told Argentina’s La Nación newspaper in an exclusive interview that their trail brought them to Arribas after finding that a Brazilian financier had been working with two already convicted financial operators in requesting the wire transfers to Hong Kong on behalf of Arribas.

“We know that they were done illegally, without notifying Brazil’s Central Bank, using a classic money-laundering tactic to avoid being detected by the authorities,” Fornazari told the newspaper of the wire transfers in question.

Arribas sent out a release Thursday denying any involvement in the money laundering scheme.

“In the face of these journalistic accounts that connect me to money laundering operations in Brazil, I want to say that I never had anything to do with the so-called ‘Lava Jato‘ nor the recently mentioned Operation Discard,” Arribas wrote.

Operation Car Wash is a series of criminal investigations now four years in the making that has seen major political players across Latin America be charged with accepting bribes or participating in money laundering schemes. Arribas is the first big piece to fall in Argentina, after two Peruvian presidents and a pair of Brazilian presidents have been tied to the far-reaching scandal.

Arribas was installed as Argentina’s intelligence director in 2015 when his long-time friend President Mauricio Macrí took office. In 2016, Arribas was named in the Panama Papers leaks that showed he was tied to an offshore corporation called La Venenzia Corp, though he denied having any knowledge or connection to the New York-based company.