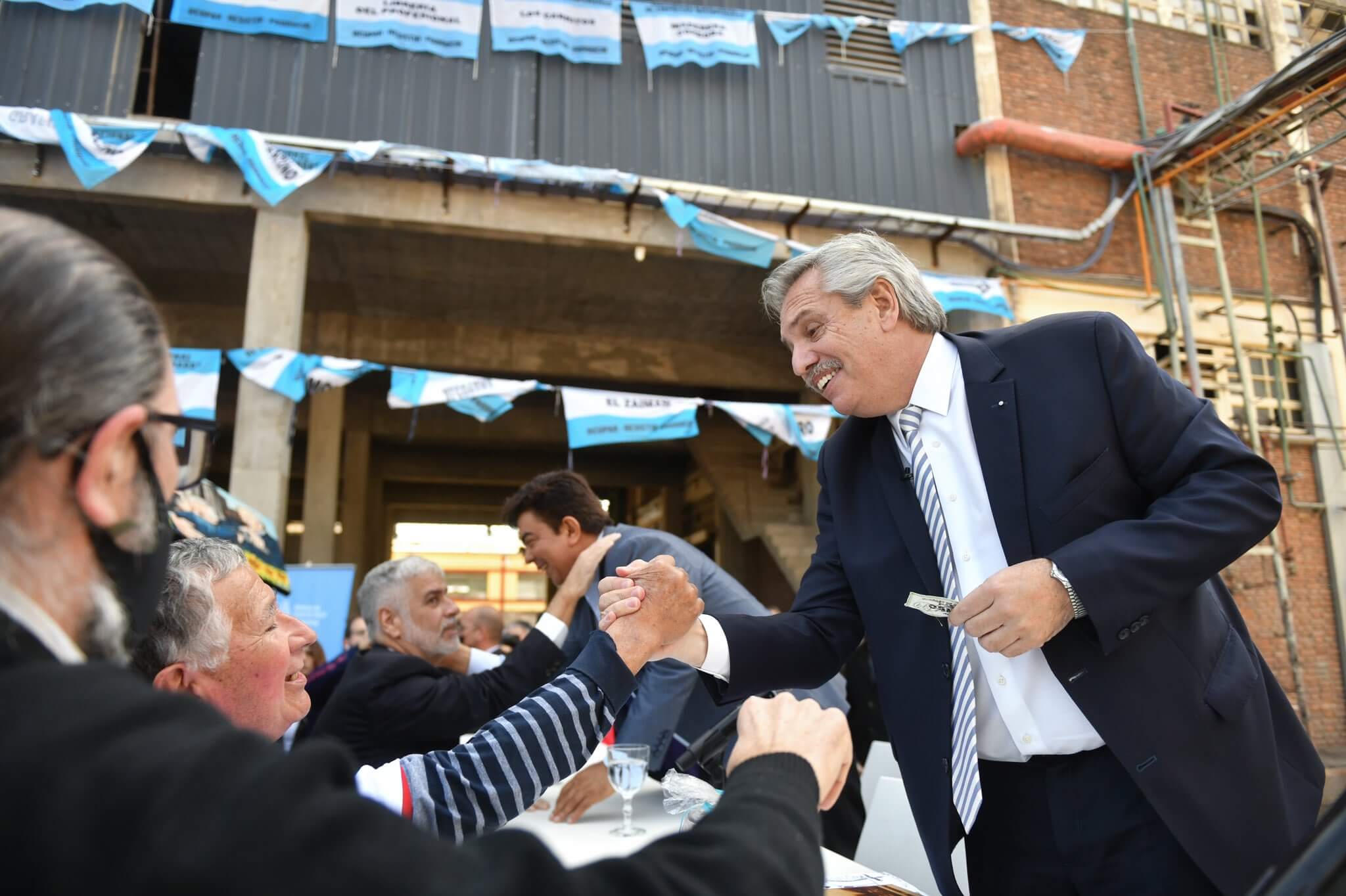 During an official trip to Europe, Argentine President Alberto Fernández said that he is “definitely” up for fighting for a second term in next year’s presidential race and also talked about the internal power clashes inside his own government.

During an official trip to Europe, Argentina’s President Alberto Fernández confirmed in an interview with Spanish TV network RTVE that he will run for re-election in 2023. When asked if he felt strong enough to fight for a second term, he said, “Yes, absolutely, with all the necessary strength to lift Argentina up. And I will lift it up!”

So as not to leave any room for doubt, Spanish journalist José Antonio Guardiola then asked, “I understand that you said yes?” to which the Argentine leader replied, “Definitely, definitely. If there is something that happens to us Peronists [referring to the left-winged party, Peronismo], it is that we never give up. They killed us a thousand times, persecuted us, disappeared us, overthrew us over and over again. We don’t know how to give up.”

When asked about the internal clashes inside his government, especially with Vice President Cristina Fernández de Kirchner, Mr. Fernández clarified, “I had a very respectful relationship with Cristina. She has been president twice in Argentina and represents a space of the electorate. She has all my respect. Sometimes, we don’t agree on something and a big uproar is generated, more in the media than in politics.”

He also added that his “discussion is not about who has the power but how they can build an Argentina towards the future that takes experiences from the past but does not return to it.” In another interview with Spanish newspaper El Pais, he stated, “Cristina is not my enemy, Macri is my enemy,” referring to former President Mauricio Macri.

Fernández, a 63-year old lawyer and former Chief of Staff of President Néstor Kirchner, was chosen by Vice President Fernández de Kirchner to lead the executive branch for the Frente de Todos party in 2019. At that time, they won the election in the first around against the then right-winged President Mauricio Macri and Miguel Ángel Pichetto, a former ally of Ms. Fernández de Kirchner.

Less than four months after his assumption, the Coronavirus was declared as a pandemic by the World Health Organization, which led to –among many other factors– a progressive and spiraling inflation that the government is still trying to straighten up before the 2023 presidential race.