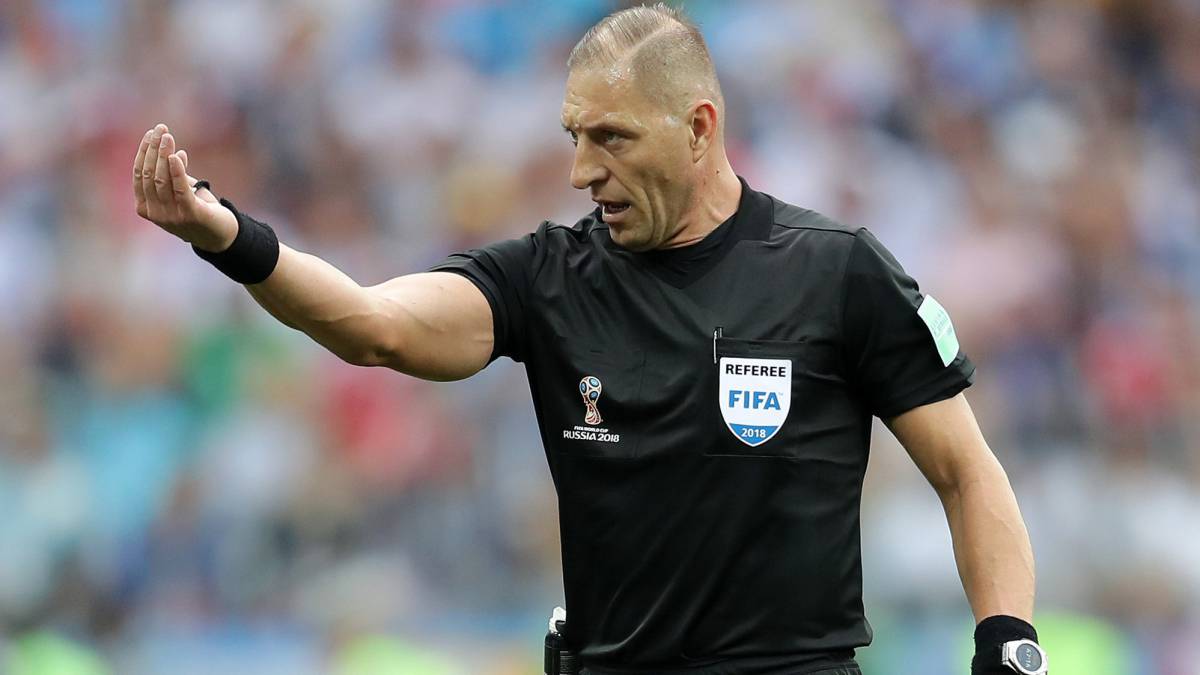 Despite Argentina’s unexpected early exit from Russia’s 2018 World Cup, the country will still be represented in the final as Argentine Néstor Pitana has been chosen as referee.

Pitana will be accompanied by his assistants Hernan Maidana and Juan Pablo Belatti, reported FIFA, and will be aided by Bjorn Kuipers. The all-European final between France and Croatia will take place in the Luzhniki Stadium in Moscow on Sunday at midday ART.

I am truly honored to have been chosen to be the referee of the Final! Good luck to both teams, I hope to be up to the task!

The 43-year-old PE teacher has officiated four matches already in this year’s football competition, between Russia and Saudi Arabia, Mexico and Sweden, Croatia and Denmark and the quarterfinals between Uruguay and France.

He will be the second Argentine to referee a World Cup final after Hector Elizondo in 2006 when a French team was also in the final. Elizondo also made headlines that day by sending off French player Zinedine Zidane for his infamous headbutt to Italian Marco Materazzi, therefore severely handicapping the French side and allowed the Italian team to raise the trophy for the fourth time.

This World Cup has seen a number of shock exits and underdog wins. Getting to the final wasn’t easy for either team; France edged ahead of Belgium to secure a place in the coveted final, and Croatia had to take their game against England to extra time to move forward, making history as the first time Croatia will play in the FIFA World Cup final.

France have won the World Cup just once before in 1998, and this will be Croatia’s first opportunity to get their hands on the prize.