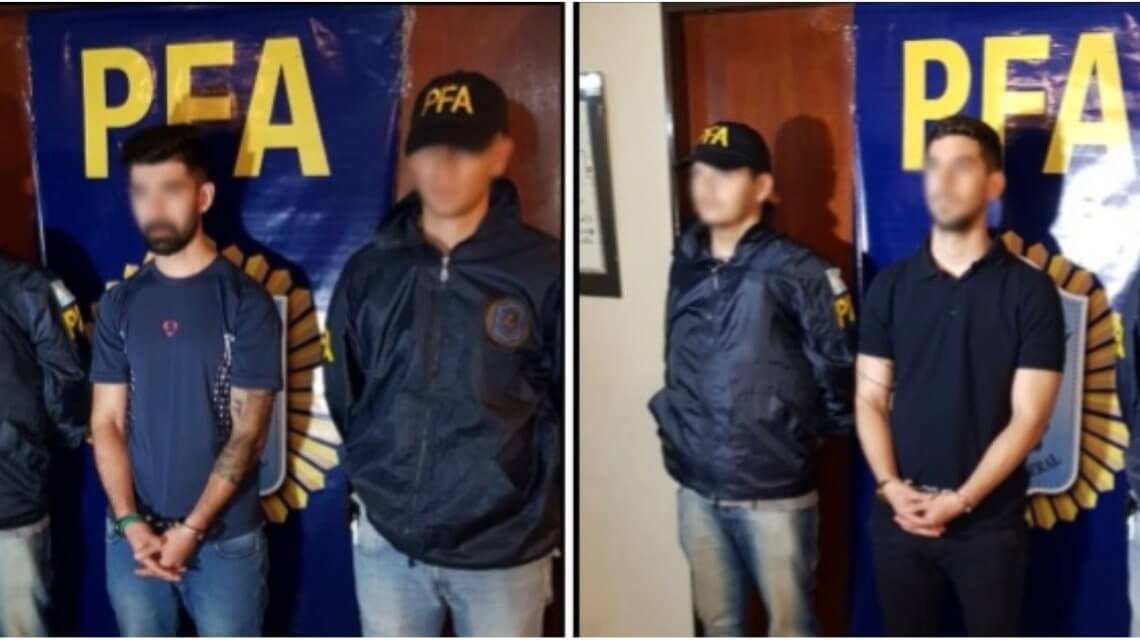 The cousin of two brothers detained on Thursday for suspected links to the Islamic terrorist group Hezbollah was also arrested today, Friday November 16.

The two brothers, Axel Ezequiel and Kevin Gamal Abraham Salomón, are being investigated due to a report from the Delegation of Argentine Israeli Associations, reported Todo Noticias. The police searched their house and discovered a variety of different arms along with a Hezbollah flag and a picture of Hassan Nasrallah, the leader of the Hezbollah group in Syria. The cousin has not yet been named.

The parents of Axel Ezequiel and Kevin Gamal have denied all links to the Israeli terrorist group. The father, Marcelo, explained to Todo Noticias that the guns were a family heirloom.

“The guns were my grandfather’s,” he explained. “They were kept in a box for the sentimental value they represented. Even the police said that the arms smelled of damp.”

Standing before Federal judge Sebastián Ramos, the pair denied  any links to Hezbollah. The magistrate is continuing to investigate any possible connections to the group and whether they had travelled to other countries to receive military training.

The family affirmed that their sons had travelled to the Middle East three or four times, reported Clarin, one for a religion course in Iran and also for other trips to Lebanon to visit family. The parents stated that they felt “humiliated” by the situation.

“They call Hezbollah a terrorist group, but in Lebanon it is a political party which is in parliament,” explained Paola, the mother of the two detained men. “[…] We don’t care what happens with Hezbollah. We are Argentinians. They came here to tarnish us, to defame us, to invent things. They don’t know how they humiliated us or the damage they did to us. They were very aggressive.”

The family is related to Alejandro Yussef Khalil, the militant islamist who has close ties with the ultra-Kirchnerist politician Luis D’Elia, who has been accused of the “Iran’s hitman.” Yussef was accused by journalist Alberto Nisman (who subsequently died under suspicious circumstances) in his report about Cristina Kircher’s supposed cover-up of the AMIA attack.

Father Marcelo admitted that the family was related to Yussef but accused the police of making generalisations about their community.

“They’re going to relate everything to justify things that aren’t true,” he told Todo Noticias. “We feel like our community is under the magnifying glass. We go to the mosque to pray and make appeals. We are suffering a humiliation.”

Minister of Security Patricia Bullrich has put Buenos Aires under strict security controls in preparation for the G20 meeting at the end of the month. Ten people were arrested this week in relation to two attempted bombings, and Bullrich has urged residents to leave the city during the weekend of the international summit “because things are going to be complicated.”