Patricia Bullrich on preparations for the G20: “We recommend that you leave Buenos Aires.” 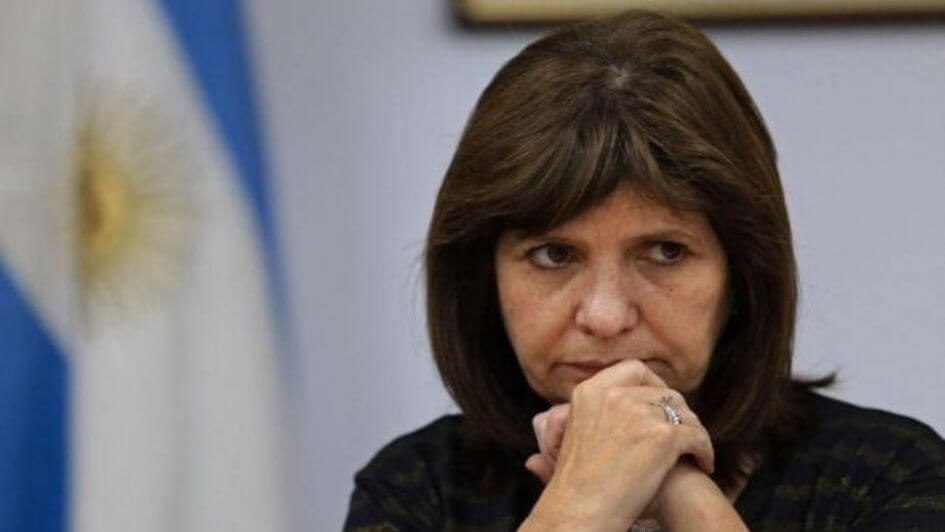 Just under two weeks before the international G20 summit, Minister of Security Patricia Bullrich asked Buenos Aires citizens to leave the city during the event to avoid complications.

“Our recommendation is that you use the long weekend to go away, to leave on Thursday because the city is going to be very complicated,” she told news station A24.

Friday November 30 has been declared a holiday, reported Perfil, and the government is cracking down on measures for what will be a huge security operation. High-profile country leaders such as Donald Trump and Vladimir Putin are expected to attend the summit, and the government estimates around 8,000 in total will come to Argentina “with the leaders, their assistants, ministerial authorities, delegations, security personnel and the press.”

Todo Noticias reported that 13,400 federal agents will take part in the event, and will form anti-riot groups as well as three security rings around the location of the summit. Twelve kilometres of roads in the city will be blocked.

“Many areas will be closed off because the security measures will be very strong,” Bullrich explained. “The decisions that we will take if there is violence will be immediate because we are not going to allow it.”

She added that those who wanted to carry out peaceful protests against the G20 will be allowed to do so, but that they would have to work in conjunction with the security forces, to avoid the violence seen at recent demonstrations.

READ MORE: Violence erupts both inside and outside Congress during budget debates

“If there is violence, the response will be immediate,” she affirmed. “We will not permit it.”

After Bullrich rejected a UK government travel alert which states that “terrorists are very likely to try to carry out terrorist attacks in Argentina,” ABC News reported that 10 people had been arrested in relation to both “an anarchist orientation” and that two men had been detained for alleged links to the Hezbollah terrorist group.

There have been two attempted bomb attacks this week, with one bomb going off near the mausoleum of an assassinated police chief, and another being thrown into the residence of Judge Claudio Bonadio. Bonadio is the judge of the high-profile Notebooks of Corruption case, which is investigating the alleged large-scale bribery during the Kirchner administration. However, this bomb did not detonate.

The two men arrested in connection to the Islamist terrorist group Hezbollah were arrested on Thursday. Al Jazeera reported that police found a small arsenal of weapons along with evidence of foreign travel, credentials in Arabic and an image of the Hezbollah flag. The Hezbollah group is suspected of carrying out the 1992 bombing on the Israeli embassy in Buenos Aires as well as a 1994 bombing of the AMIA Jewish centre that killed 85 people.

The Buenos Aires G20 will take place on November 30 and December 1, and will be the twelfth meeting of the group.