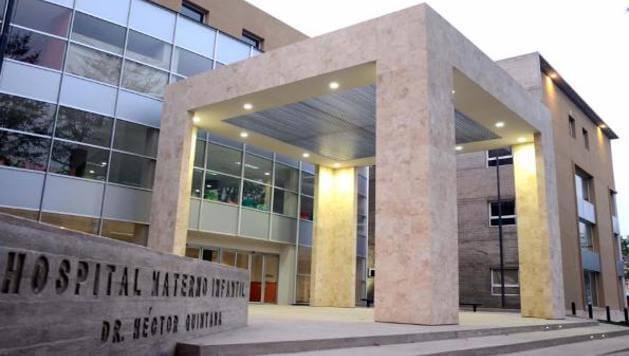 The baby of a 12-year-old girl who was delivered by caesarian last Friday has died, according to the Dr. Hector Quintana hospital in the province of Jujuy.

The 12-year-old girl, whose name has not been released as she is a minor, had been raped by her neighbour and had gone to hospital complaining of stomach pains. The hospital ran tests and realised that she was 23 and a half weeks pregnant, reported La Nacion.

On January 11, the pregnant girl and her mother both presented a written request for the right to an abortion according to article 86 of the Penal Code, which allows legal interruption of pregnancy in cases of danger to the life or health of the mother and in cases of rape.

Perfil reported that the Minister of Health for Jujuy, Gustavo Bouhid, made his position clear with regards to voluntary interruptions of pregnancy, stating “I am pro-life, I don’t think that death solves anything.”

However, Jujuy doesn’t adhere to the national protocol for non-punishable abortions, and has its own more restrictive legislation which states that the interruption of a pregnancy can only be carried out until week 22 of the gestation period. It is for this reason that a caesarian was carried out in order to save the two lives.

“The interdisciplinary team at the hospital decided to carry out the Supreme Court’s decision through a caesarian which was carried out today,” the hospital communique read. “There is a legal void – the decision didn’t say at what age or with what procedure, here we carried out an interruption of pregnancy with a caesarian.”

It was determined that the caesarian would also be the safest procedure to abort the child and the newborn would be given up for adoption immediately, with no contact from the mother. Perfil reported that the Governor of Jujuy Gerardo Morales had said that “an important family” were going to adopt her.

The caesarian took place on Friday, January 18, and after a six-month pregnancy, the baby weighed 703 grams and was purportedly in good health, according to a communique from the hospital. The average weight of a newborn baby is 3.5 kilograms after a nine month gestation period.

However, the hospital released another communique four days later stating that at 8.30 p.m. on Tuesday, January 22 the child had passed away.

Doctor Elena Meyer, who works for Jujuy Sexual Health, stated that the hospital should have guaranteed the 12-year-old the right to an abortion on Friday, January 11, when it was first requested.

“They violated the girl’s rights,” she said to Todo Noticias. “Protocols were not followed. They didn’t listen to her. It’s a disgrace. This cannot happen again.”

Jujuy is the Argentine province with the most pregnancies in girls under 15 years of age, and this is a historic case as the mother is the youngest girl to have had an abortive procedure in the region. The man accused of raping her has been detained by authorities.