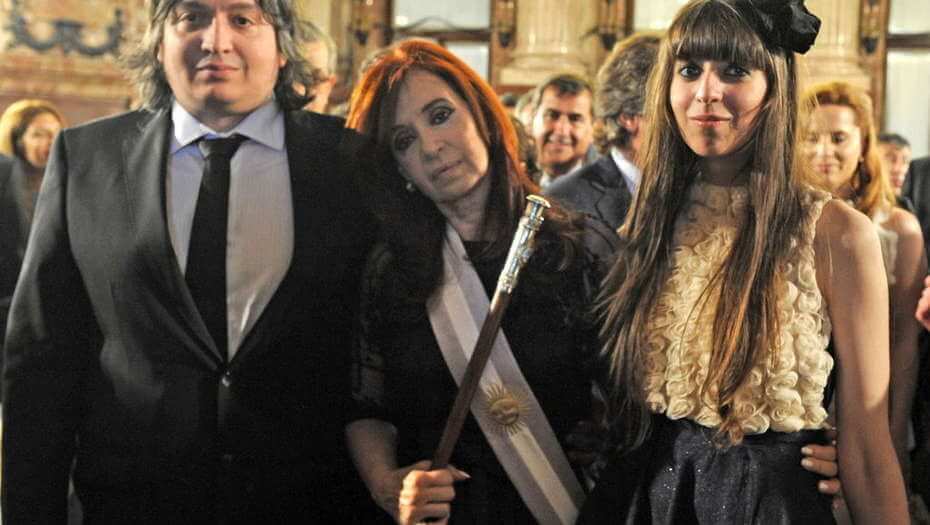 Ex-President Cristina Kirchner and her two children, Máximo and Florencia Kirchner, will be brought to trial for money laundering in yet another corruption case in Argentina, reported Clarin.

Kirchner has already been called to oral trial by Judge Claudio Bonadio in relation to the Notebooks of Corruption case, where she stands accused of being the ringleader of the decade-long bribery organisation.

However, this most recent development is related to the Kirchner-owned estate agent and hotel company, Los Sauces, which Judge Julián Ercolini believes is a front for a money laundering organisation. Cristina and her two children are accused of both money laundering and receiving illegal funds.

The case has been under investigation, but now Ercolini has taken it as closed as requested by Prosecutors and has begun organising trials and collecting evidence. It has been determined that the Federal Oral Tribunal will carry out five audiences for the trial and it will be this organisation that delivers the final sentence on the case.

Los Sauces was a company created by the Kirchners to receive funds. The company bought up over 10 apartments, houses, hotels and plots of land, and then managed to launder money through them by charging fake rents, having Cristóbal López and Lázaro Báez – both of whom are now in jail on charges of corruption – as their main tenants. However, the majority of the properties were never in use.

The two businessmen owned the Indalo group and the Austral group respectively, paying 86 percent of the total money earned from the Kirchner-owned company. They guaranteed $25,968,040 pesos (US$686,000) “in a regular and continuous way, funds which added to the Kirchner wealth.” The money is thought to be a return for Cristina’s work when she held office as president, using her political sway to guarantee work contracts for the two businessmen.

Cristina already stands accused in various cases, such as the Iran cover-up and the Notebooks of Corruption scandal. Judge Bonadio has requested Senators to strip the ex-president of her immunity in order to place her in pre-trial detention, but the Senate have thus far refused this, on the argument that there are no formal accusations against her and that her freedom does not jeopardise the ongoing investigations.