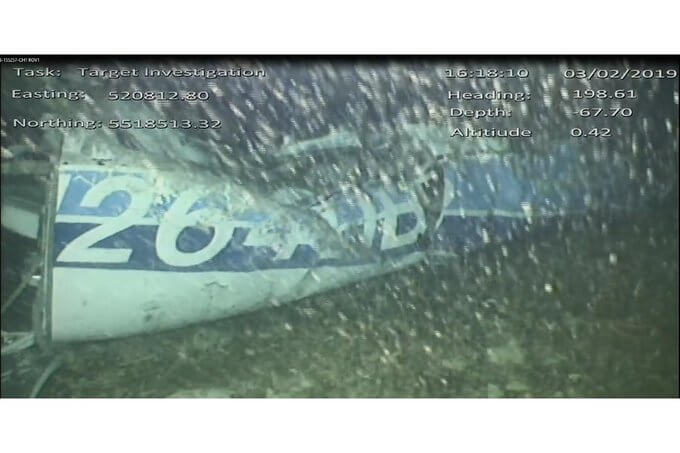 On Sunday, February 3, authorities discovered the aircraft that Emiliano Sala and pilot David Ibbotson were travelling in before it disappeared.

The plane went missing on January 21 while travelling from Nantes, France to Cardiff, Wales after Sala had been transferred to the Welsh team for a record US$20 million. However, the search was called off on January 24 as Guernsey police stated that “the chances of survival at this stage are extremely remote.”

Last week the investigation restarted when an individual walking along a beach in Surtainville, France, discovered two airplane chairs, which were believed to belong to the Piper Malibu plane the two men were travelling in.

The families of Emiliano Sala and David Ibbotson have been notified by Police. The AAIB will be making a statement tomorrow. Tonight our sole thoughts are with the families and friends of Emiliano and David. #EmilianoSalas #NoDejenDeBuscarAEmilianoSala

A search boat left Southampton, England, on Thursday but was moored in Guernsey for days due to strong winds and intense rain, reported La Nacion. On Sunday morning it managed to search an area of four nautical miles (around eight kilometres) of the English Channel and detected the plane 63 metres underwater using the boat’s sonar equipment.

In a statement released today, January 4, the Air Accidents Investigation Branch (AAIB) reported that they deployed a Remotely Operated Vehicle (ROV) to the wreckage, where they verified that the plane type and registration matched that of the aircraft the two men were travelling in.

“Tragically, in video footage from the ROV, one occupant is visible amidst the wreckage,” the statement read. The AAIB have not been able to identify whether the individual in the plane is Sala or Ibbotson, however, but are working with the police and the families of both men to determine the next steps of the investigation.

“We wanted to go out there and find the plane,” stated oceanographer and marine scientist David Mearns to the BBC. “We’re pleased that that happened.”

“It’s going to be, people use the word closure, but this is just the first step. It’s a long, long way. But at least this is the route for people, for them, to have answers. That said, if they never had these answers, if the plane was never located, I don’t think the family would ever rest.”

Mearns had been coordinating a private search operation for the plane which was crowdfunded by the US$420,000 collected online after the authorities called off the first search on January 24.

The families of the two men have been notified by authorities.