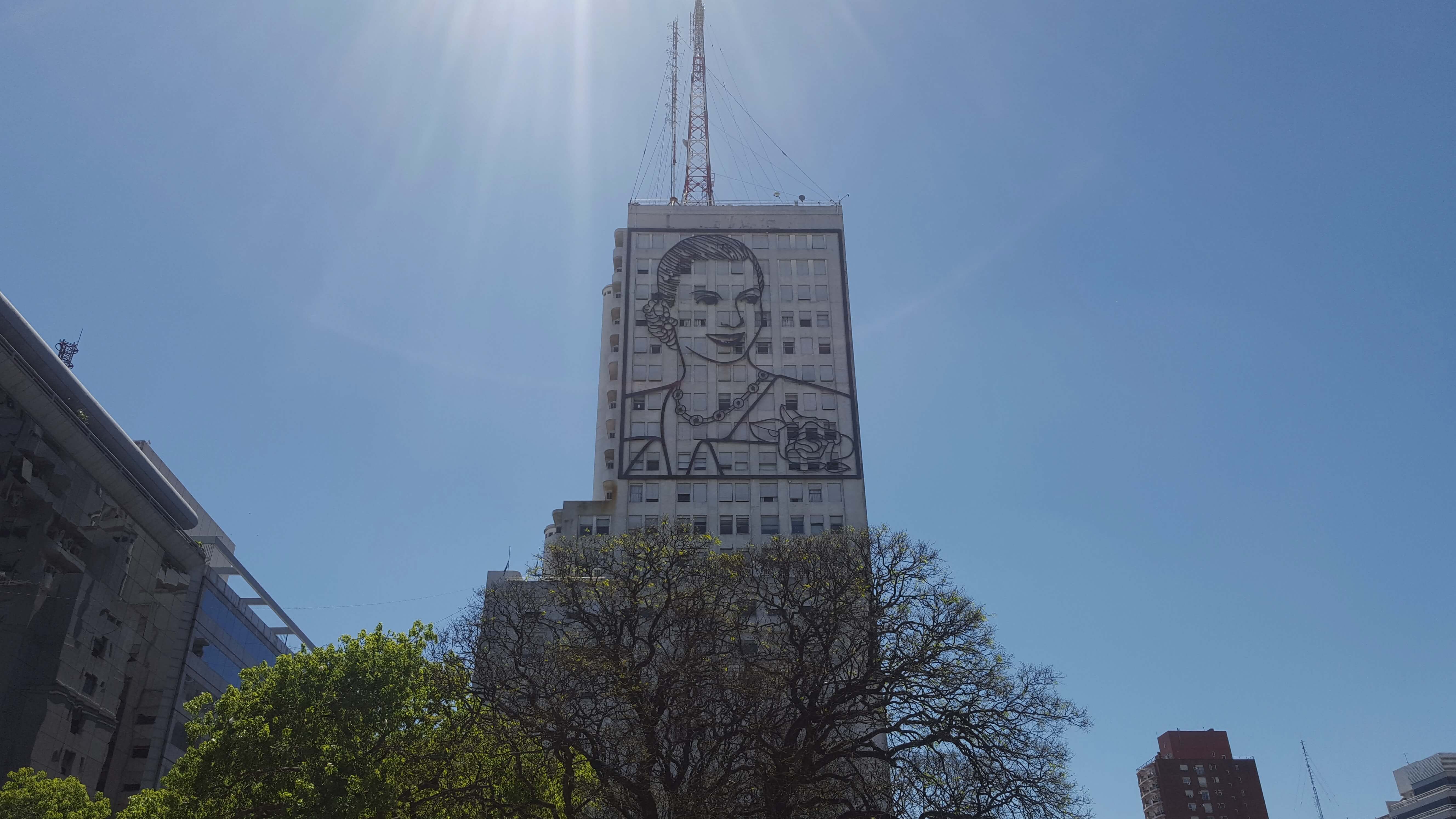 In the heart of Buenos Aires, her face famously adorns the side of the Edificio del Ministerio de Salud, the high rise Ministry of Health building for all of the capital to see.

For the city’s foreign visitors, some might wonder who the figure is, but for the local Porteño, she stands as a famous emblem of all things Argentine.

Her name is Eva Perón, and despite over sixty years having passed since her death, she continues to resonate with the people for the social policies she implicated during her time as the country’s First Lady, which made her even more famous than her president husband.

Believed to have been born in 1919, despite some issues with birth certificate forgeries, Peron was born into a farming family in the Junin province of Buenos Aires. Although during her rural upbringing she was raised in poverty, by sixteen she had already set her sights on the capital city where she picked up small roles in acting. She quickly rose to fame within the city, also known for her singing, and remained a popular cast member in the Argentine film industry.

It was in the early forties whilst raising funds for earthquake victims that the rising Argentine star met Colonel Juan Domingo Perón who would then go on to become her husband in 1945. According to the History Channel, it was, in fact, a meeting that would change the history of the country.

Her first notable movement in politics came the same year when, following a coup d’état, her husband was imprisoned. It was through a process of vocal campaigning and calling thousands of workers to take to the streets in protest that the General was released in a movement that is known as ‘‘the day of Peronist loyalty.’’

As a result, Eva Peron had firmly forged both a grassroots connection with supporters but also her position as a social leader across the country. She became Evita.

When her husband became president of Argentina in 1946, Evita abandoned the traditional routes that the First Ladies before her had usually taken. Rather than simply act as a figurehead for the role of a wife, she instead leapt into activism, supporting unions and listening closely to the voice of the Argentine people. During her time as First Lady, she worked for a number of ministerial departments whilst also implementing a plethora of socially-focused initiatives to help build schools and hospitals, and promote the case for women’s suffrage. She was known to approach poorer citizens and even distribute toys to the children of poorer families across the country.

The momentum behind the First Lady’s popular image was fuelled by kindness and an enthusiasm by Perón, to support all aspects of Argentine citizenship. In 1948 her efforts were transformed into the María Eva Duarte de Perón Foundation, which continued to rally for social justice across the country.

Evita continued to campaign and support Argentine citizens which led to increased protections for children, workers unions, the elderly and the poor.

As a result of the legacy she was already cementing, in 1951 when her husband was up for re-election, his wife was anticipated to assume the role of official running mate and formally continue her role in leadership for the country. One million people took to the street to support Eva Peron’s run for candidacy. It was by this time, however, that Eva had already been diagnosed with cervical cancer and, despite leaders from around the globe offering their best doctors to help the First Lady, her health continued to deteriorate despite her efforts to continue working when she had been advised to rest.

A national three day period of mourning was announced following Eva Peron’s death at the age of just 33 in July 1952. With more than 2 million people attending her memorial processions, she sealed her position in both Argentine and global history as a figure head for social justice, equality and peace. Her image on the side of the Edificio del Ministerio de Salud continues to look down over the city she inspired and in which she changed the lives of many.