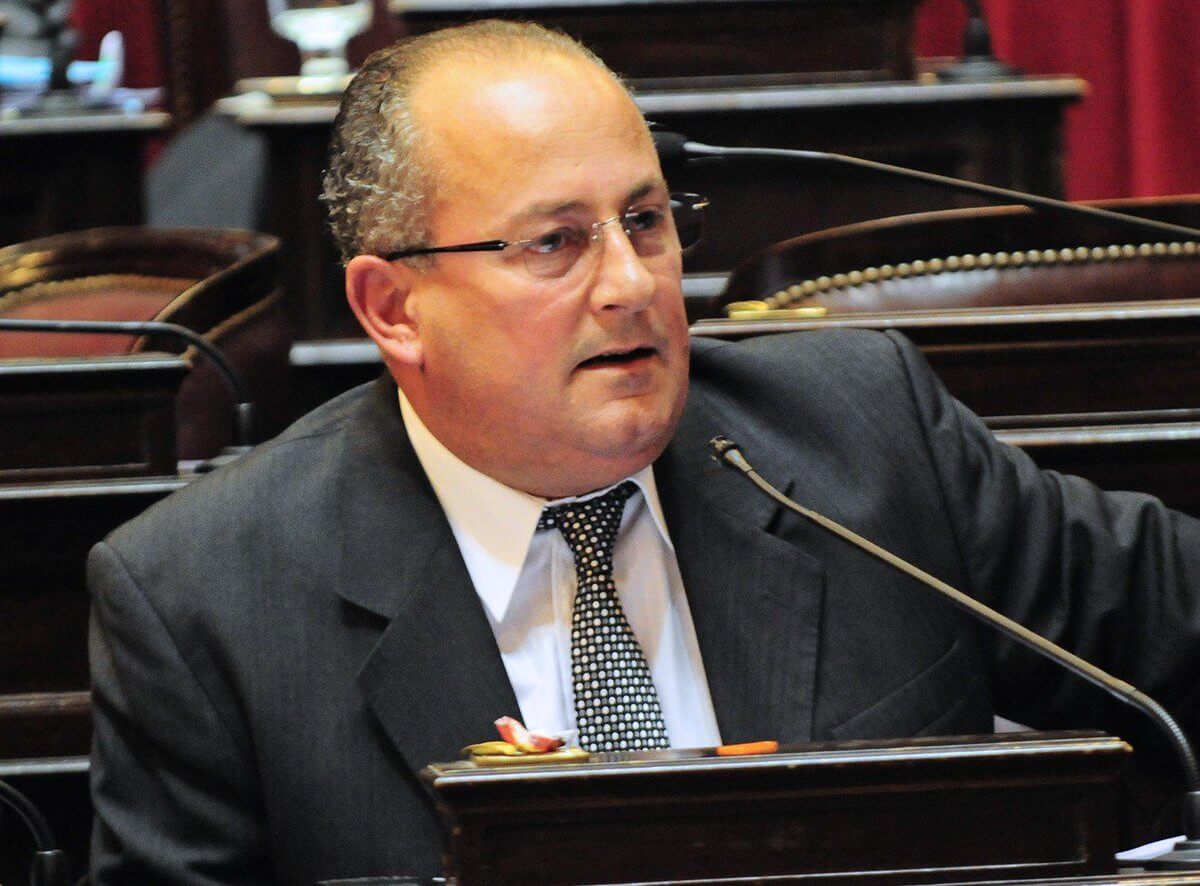 Actress Thelma Fardin has been named as the actress that catalysed the beginning of Argentina’s #MeToo movement. After publicly accusing Juan Darthes of sexually abusing her when she was just 16, many other actresses have come forward to report other sexual harassment experiences within the acting world.

READ MORE: Actress Thelma Fardin accuses Juan Darthes of sexually abusing her when she was 16

However, this pervasive sexist culture has not been limited to acting circles. The political sphere has also bore the brunt of increased levels of sexual abuse accusations, which many fear could reach the upper echelons of Argentina’s political world.

Juan Carlos Marino, the National Senator for the Unión Cívica Radical (UCR, a part of the Cambiemos coalition), is facing accusations by Claudia Guebel, a former aide. In a radio conversation on Saturday, Guebel revealed that she was not the only person who had been abused, reported La Nacion.

“There are many colleagues in Congress who are calling and texting me to tell me they have been and are going through similar situations,” she said.

In response, Marino has denied the accusations and even asked to be stripped of his parliamentary immunity in order to be investigated fully. However, he is unable to do this without the Senate voting to approve this measure. This vote is expected to take place on Wednesday 19, although it is unlikely that it will be passed as suspending Senators due to an accusation could cause many problems down the line if other members of the Senate face similar accusations.

Kirchner youth activist organisation La Cámpora has also come under fire with at least four accusations of sexual harassment being aimed at the group, showing a potential internal power structure that allowed systematic abuse to take place. This was backed up by Marisol De Ambrosio, a journalist who was part of the group and wrote an Op-ed on the subject called “Militants of La Cámpora: No more silence.”

“For years, those who were militants didn’t speak up because ‘it wasn’t in their interest’ to talk about abuse in the Kirchnerist lines,” she wrote. “We didn’t want our colleagues, our relatives or our friends to accuse us of being traitors to the National Project.”

She also referred to Juan Cabandié, one of the leaders of the project, as a “famous harasser,” but that abuse was not just limited to him.

“It wasn’t just one, or 10 girls who were abused,” she added. “It’s a sexist power structure that I know very well.”

Jorge “Loco” Romero, another leader of La Cámpora, was last week accused of harassment by Stephanie Calo, who affirmed that he locked her in a bathroom and tried to force her to have oral sex with him and three others at a party. In conversation with Radio con Vos, she made it clear that Romero’s actions towards her were not an isolated case.

“Everyone knew ‘el Loco’ was violent, a bully, a rapist, but nobody did anything,” she said.

Clarin reported that although Romero responded to the accusation with a letter that appeared to anticipate his resignation, he has not given up his political seat.

In the midst of this media storm, Cristina and Néstor Kirchner’s son Máximo Kirchner stepped forward and publicly apologised for the abuse that took place within the group.

“We need to be better, it can’t be a torment for female colleagues to be in an organisation,” he said. “I apologise for all the errors and we are going to put ourselves at the forefront of the fight.”

However, Calo mentioned that due to Máximo’s close ties with the organisation, he “must have known” about the abuse and did nothing about it.

As thousands of women come forward to tell their stories, creating a media storm of accusations, today the Senate will debate a new legislation against sexist violence. It has been named the Micaela Law in memory of Micaela Garcia, an Evita militant who was murdered in April last year. The primary suspect for her disappearance and subsequent murder was Sebastián José Luis Wagner, who had been sentenced to nine years in prison in 2012 for raping two women, but was conditionally freed by the judge two years ago.

The proposed law hopes to establish mandatory training for the officials of the executive, legislative and judicial powers of the state.