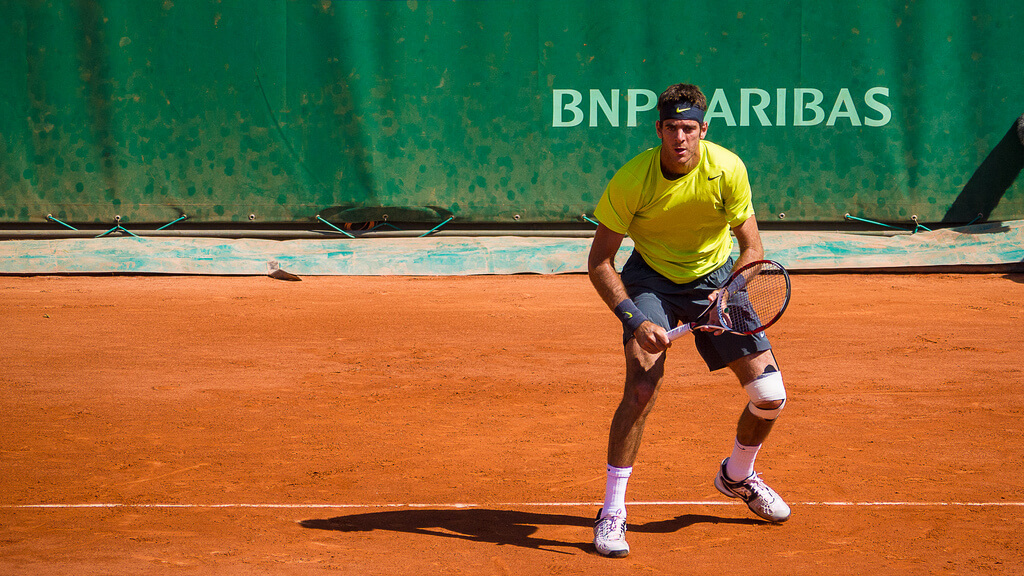 Rafael Nadal may have scuppered Diego Schwartzman’s hopes of a semi final, but fellow Argentinian Juan Martín Del Potro beat Marin Cilic in a nail-biting match on Wednesday, putting him up against Nadal on Friday.

The match, which was called off due to rain in the first set when the players were at 5-5, started play again and saw the two players reach a tie break, ending on 7-6 (7-5).

Cilic crept back in the second set as the Argentinian appeared to lose his focus at the end of the set, committing a double fault, apparently due to a loud spectator. Del Potro confronted the spectator and complained to the umpire, showing his temper by smashing his racket, and allowing Cilic to win 7-5.

He regained his concentration in the third set however, and came back on fire, breaking twice to win the set 6-3 with Cilic mounting up unforced errors.

Cilic, third in the ATP rankings, fought back in the fourth and final set, but he failed to reduce the unforced errors that had been plaguing him throughout the match, and the Argentinian sailed to victory with a final score of 7-5.

Del Potro’s win puts him in the Roland Garros semi finals for the first time for ten years, and also bumps him up a place in the ATP rankings to fourth in the world. This is the highest ranking he’s had since February 2014, when he also reached fourth.

The match obviously meant a lot to him, and he was emotional when talking to the press.

“It’s difficult to speak now,” he said, fighting back tears. “I don’t have any words to describe this moment. It’s good for me, for my team, for my family.”

The 29-year-old has had a difficult time recently after numerous injuries and three wrist operations, and has found it difficult to return to form. However, the 2009 US Open winner looks strong and fit, which he will need to be in his semi final match against Nadal on Friday.

“The match against Nadal is going to be a big challenge,” he said, reported in La Nacion. “It’s going to be very important for me.”

Nadal is currently first in the ATP rankings and remains the favourite to win Roland Garros, which would be his 11th win on the French Open clay courts. Del Potro has won only five of his previous 14 matches against the Spaniard, but with Nadal losing a set to Shwartzman yesterday, anything can happen.