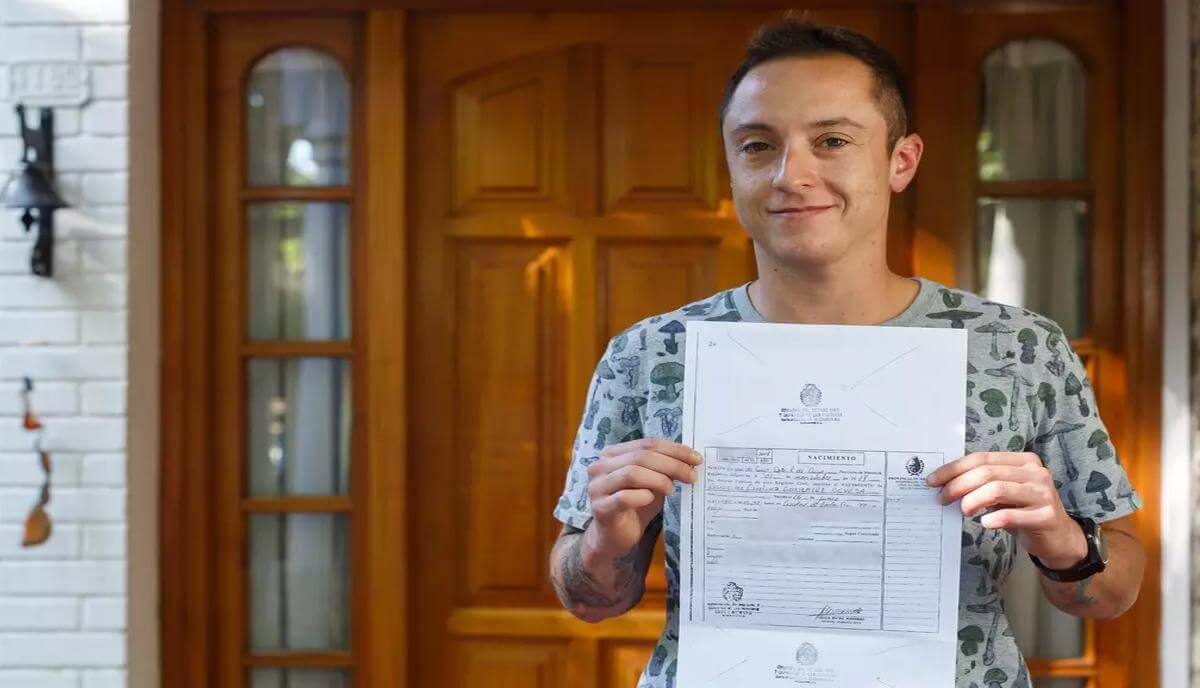 Gerónimo Carolina González Devesa goes by the name Caro or Gero depending on the day – but never felt comfortable with the binary dichotomy of ‘male’ versus ‘female.’  Since Nov. 1, Caro’s official documents give no obligation to make a choice anymore. She or he is one of the first Argentinians who can leave blank the gender in her birth certificate, issued by the Government of Mendoza.

“I did not want to choose to be a man or a woman to fit into a structure. I feel more male, but I am a feminist,” Gero-Caro says, and complains about the strong gender stereotypes still prevalent. “I do not like the patriarchal macho figure.”

To understand why Gero-Caro does not want to be forced in the male/female duality, it is worth having a look at her biography. Born as a girl, she preferred to dress like a boy when she was 5 or 6. In puberty, realizing that she fancied girls, she labelled herself ‘lesbian’ – but she remained uncomfortable with her body and gender identity, including rough periods of bulimia. While from the outside, it may have looked like she came to terms with her identity – got married, got a job in medicine – on the inside, things looked different, she explains. “I felt like I needed something else, something different. More changes”, she recalls.

After breaking up with her wife and starting hormone therapy, her physical body slowly started to change – more muscles, more hair, lower voice. When she wanted a masectomy, the removal of her breasts, she was told that she needed to change her official identity card. It was at this point that she asked if the document could break with the binary categories – and allow her to state what she really feels she is: Gender fluid.

READ MORE: Todos, Todas or Todes? The new trend of a genderless Spanish is sparking debate across the continent.

Like in the case of Caro-Gero, gender identity is far more than gender expression (i.e. physical sex attributes), and much more complicated than the male-female dichotomy may suggest. Some countries, such as Canada, France and Germany carry a third box on official documents for intersex people, meaning people born with both male and female sex attributes. Yet many feel that gender is a cultural and not a biological concept, and therefore want to fluidly express what they feel is an important part of identity.

Argentina is one of the few countries that allow self-determination, including gender fluidity, for legal gender recognition – and was notably the first one to do so.

Law 26.743 from the 9th of May 2012 brought the reform that gave transgender people the right to choose the gender that they wish to register in their official documents, as well as ordering that the necessary medical treatment to express this gender would be covered by the Argentinian health care system.

Today, other countries allowing gender self-determinations include Colombia, Denmark, Ireland, and Malta – yet in many countries, non-binary gender fluidity remains disputed, stigmatized or repressed. According to the Trans Murder Monitoring Project, an initiative that collects and analyzes reports of transgender homicides worldwide, more than 1,700 transgender people were murdered around the world between 2007 and 2014. And while many countries made important reforms to protect the rights of citizens regardless of their gender identity, those legal changes are still fragile.

For example, earlier this month, the city of New York in the USA made a legal change allowing its citizens to register a third option – X – for the gender indicated on birth. Joining California, Oregon, Washington state and New Jersey in offering a third gender category in government-issued identity documents, the move was heralded by rights activists across the country.

However, less than a week later, reports circulated of a new proposal of the Trump administration that would force gender to be determined at birth, narrowed to male and female and make it unchangeable later.

Against this background, Caro-Gero’s new birth certificate has importance much beyond the public registries of Mendoza, and even beyond the country’s border: It is also a symbol celebrating both an important victory for LGBT people in the world, and Argentina’s status as a global forerunner in the rights of transgender and non-binary people.