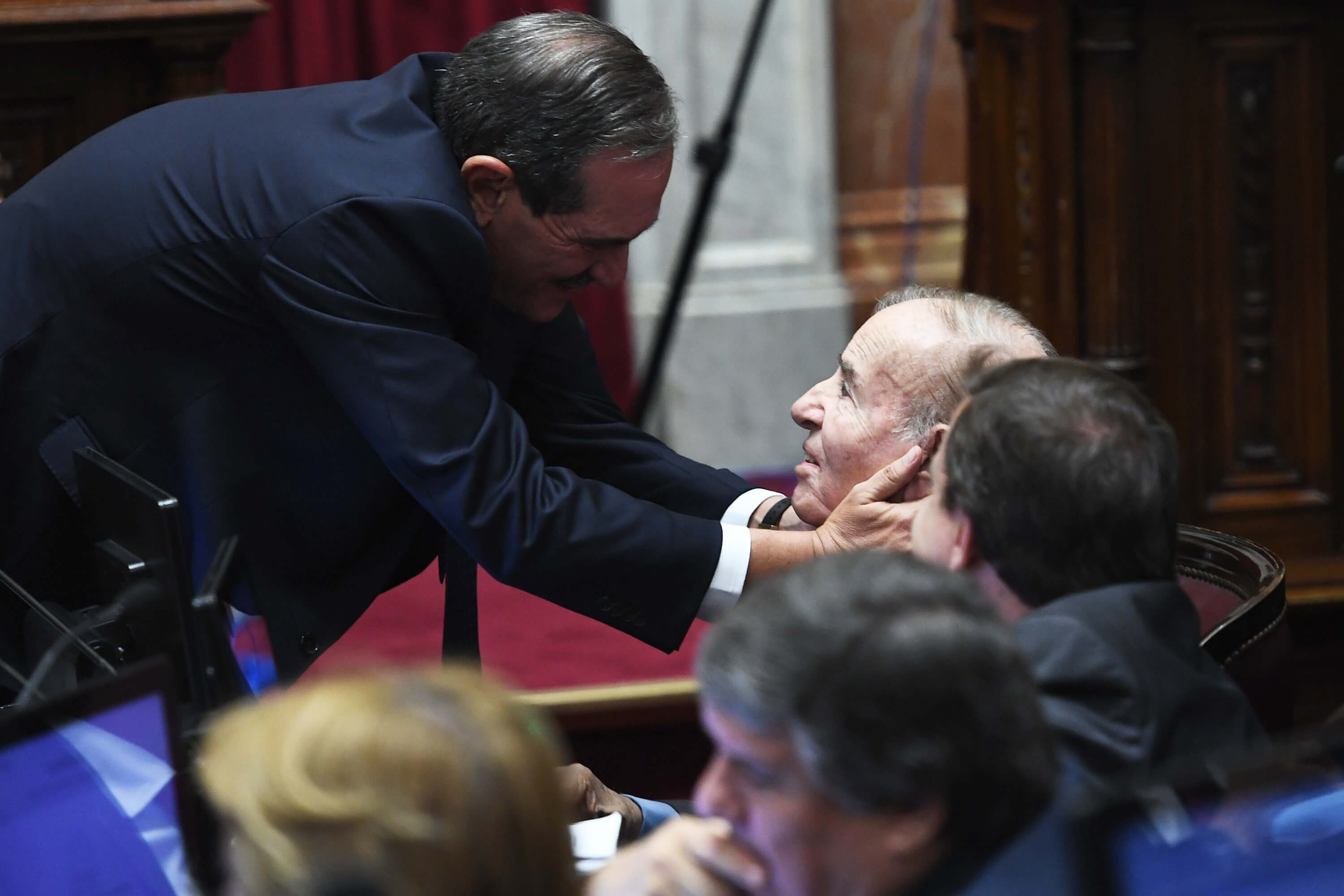 Criminal authorities in Argentina have confirmed that the country’s former president, Carlos Menem is to face a 4 and a half year prison sentence.

Despite years of impunity that appear to have protected the former president from facing his comeuppance in court, this weeks ruling marks a stark clampdown by Argentina authorities against corruption and abuses of power.

Despite the ruling, however, as he currently serves as a Senator he is actually still immune to actually carrying out the sentence, despite the evidence against him.

In the same criminal case, Economy Minister, Domingo Cavallo has also been handed down a three and a half sentence for his involvement in illegal payments to political staff during Menem’s presidency.

Carlos Menem was in power between 1989 and 1999 and is also not unknown to the media limelight, having been accused in a number of unsavoury political dealings throughout his time as president and after. At the start of this month, Menem was, in fact, acquitted after being accused of involvement with arms smuggling between Ecuador and Croatia in the 90s. Identified as ‘aggravated smuggling,’ the movement of weapons between the countries tallies up to 6,000 tons of military arms which were meant to be sent to Venezuela and Panama but instead went to Ecuador and Croatia, reports ABC News.

The smuggling came at a time when Argentina was restricted from supplying weapons because of a peace deal the country held at the time. The former president fervently denies any involvement in arms dealing despite facing claims that grenades, bombs, mortar and even missiles were traded whilst he was in power of Argentina.

According to the EFE, the charges brought against the former president relate closely to the theft of public funds through a series of undocumented bonuses to government officials. It has been claimed some civil representatives and ministers were given up t0 100,000  USD on top of their allocated salaries.

The former president is now in his late eighties, and expected to appeal his sentence to the Supreme Court alongside the economy minister, it has been pointed out by Clarin that serving time in jail might be unlikely for the elderly politician.