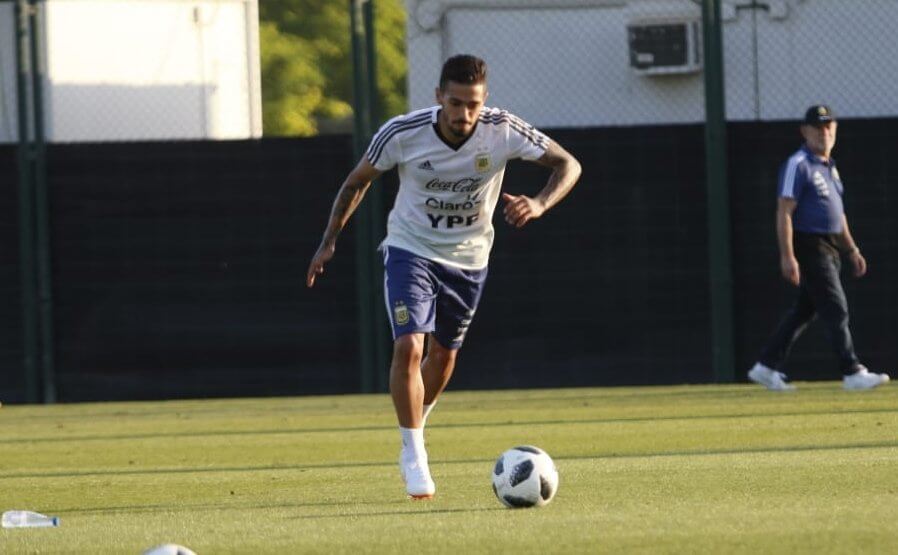 Enzo Perez was chosen to replace Lanzini in a decision revealed on Saturday. The 32-year-old has played for Valencia and Benfica and is now in Russia training with the rest of the Argentinian national selection.

Manuel Lanzini will miss the World Cup after a severe knee injury he suffered during training on Friday morning.

Midfielder Lanzini plays for West Ham and was named in Jorge Sampaoli’s 23-man squad last month. The BBC affirmed that the 25-year-old scored five times in the last season for West Ham as well as scoring the first goal with Argentina in a friendly match against Italy.

“Manuel Lanzini suffered, in today’s morning training, the rupture of the anterior cruciate ligament of his right knee. One of the most important players for the CT misses the World Cup.”

Just 24 hours before the team is due to fly to Russia, a replacement is yet to be announced. La Nacion explained that according to FIFA rules the replacement wear the same shirt as the injured player, meaning whoever is chosen will wear the number 15 shirt previously assigned to Lanzini.

This article will be updated when the replacement player is announced.