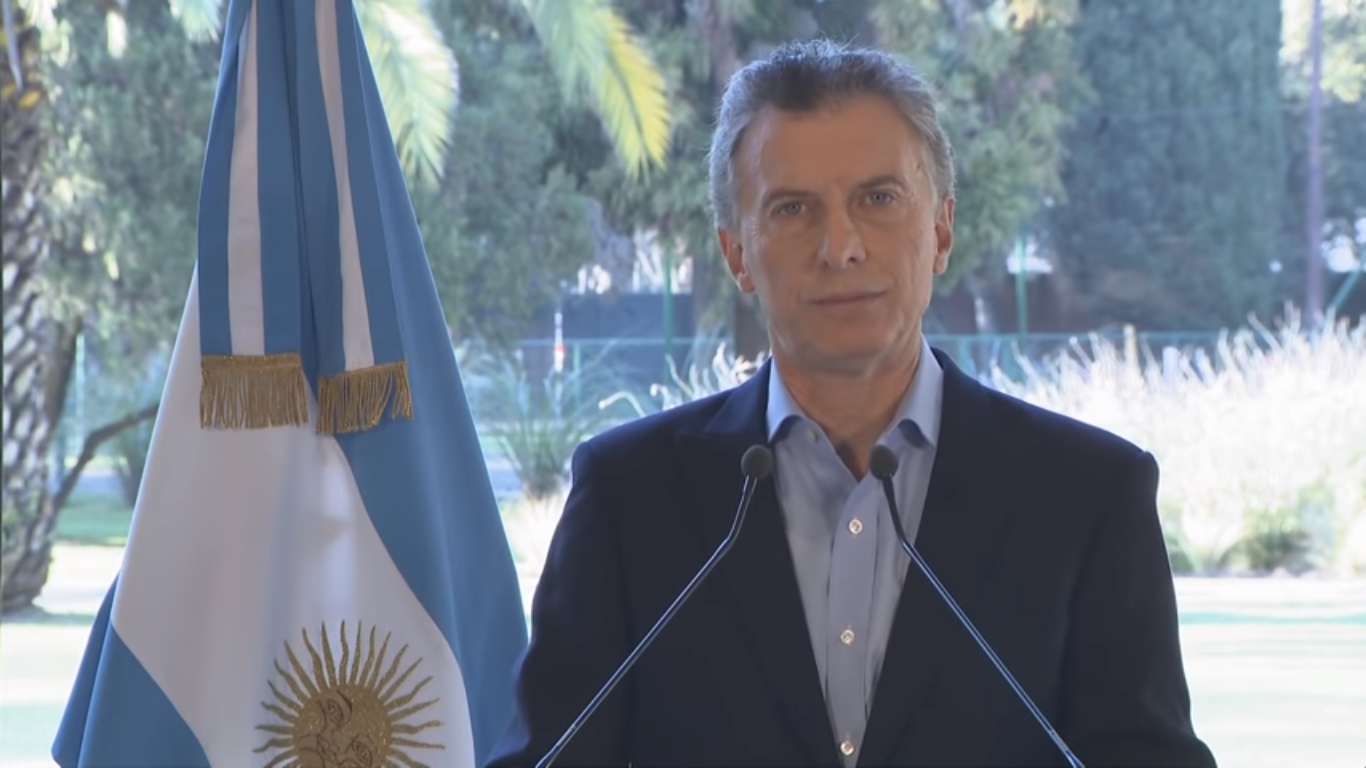 President Mauricio Macri released a short video on Wednesday morning announcing that he has asked the International Monetary Fund (IMF) to speed up their payment of the US$50 billion loan agreed upon in May.

The Argentine President explained that this a response to diminishing confidence from international markets, as well as suggesting that the measure will “strengthen confidence and get back onto the path to growth as soon as possible.”

Bloomberg reported that global trust in Argentina fell to 1.94 on a 0-5 scale, down from 3.14 during Macri’s first month in office in 2016. Since the start of 2018 the peso has fallen 40% to a record 31.65 on Wednesday after an eight-day-straight free-fall. Inflation is over 30% and the country has the world’s highest interest rates, which were further exacerbated after Turkey’s recent economic downturn.

There has been no communique or response from the IMF since Macri’s video announcement, but Bloomberg reported that Macri has agreed to speed up spending cuts in order to reach fiscal balance by 2020.

“We have agreed that the IMF will forward all the funds necessary to guarantee compliance with next year’s financial program,” Macri said in his televised address. “This decision aims to eliminate any uncertainty that was created before the worsening of the international outlook.”

Dujovne also announced on Monday that the Argentine economy would enter into recession this year and contract 1%, in contrast to the 3% initially forecast. The confidence of the international markets is not the only thing that Macri will be worried about, as the increased spending cuts and recession will not aid his popularity as the country creeps ever-closer to the next presidential elections in 2019.

“I know that these stormy situations are causing distress and worry for all of you,” the president said in his short speech. “But know that I am taking all the necessary decisions to look after you. We are doing everything in our reach to move forward, […] I am convinced that more than ever, together we are going to overcome our difficulties […] in the knowledge that there are no magic shortcuts.”

Argentina received their first payout from the IMF of US$15 billion in June, and according to the previous agreement, the next installment of $2.9 billion would be received in September, reported Clarin. The US$2.9 billion payments were set to continue quarterly until June 2021, but this recent announcement indicates a much larger payout this year. Macri did not go into details with figures, but analysts told Clarin that the country would need a total of US$18 billion next year to cover both the fiscal deficit and the debt expirations.

Although a seemingly drastic decision, Bloomberg spoke to economists from Goldman Sachs and BTG Pactual Argentina who expressed that the decision itself was a positive one.

Miguel Kiguel, executive director of consulting firm Econ Views in Buenos Aires and former official in the Economic Ministry told Bloomberg that getting the IMF’s funds sooner “should help to clear up doubts about Argentina’s financing,” adding that “it’s good news, but the details are missing. They need to explain more how it will work.”