Initiative to lower the age of criminal responsibility a “smoke screen,” say opposers 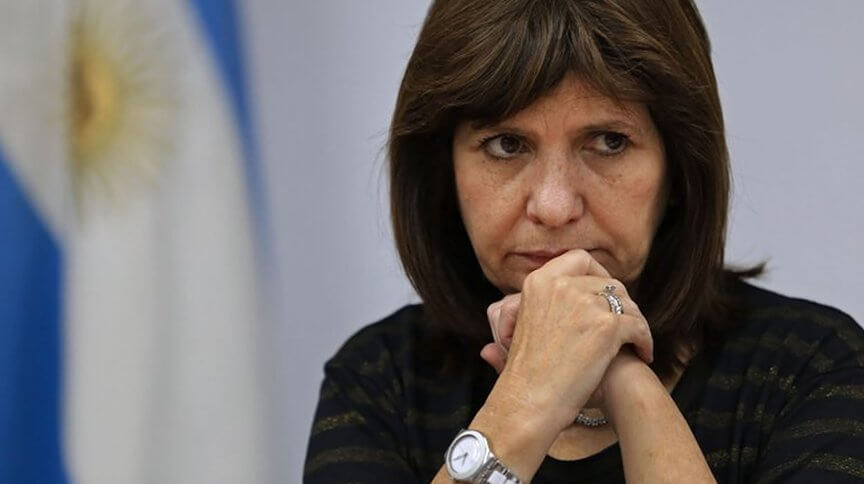 The Argentine government is hoping to reduce the age of criminal responsibility from 16  to 15 years old in a bid to reduce the soaring levels of crime across the country.

In conversation with Radio Mitre, Minister of Security Patricia Bullrich stated that the lowering in age would come alongside an all-important socio-educational programme that has taken over two years to complete. The new juvenile penal programme was developed “at a shared table with ministers of Justice, Security and Development as well as various NGOs,” and will be voted upon in Congress.

“The topic of minors has been an outstanding debt for many years,” Bullrich told the radio station. “The project is based on one premise – to look for all the ways to stop minors turning their lives into a race towards crime and towards death, both their own and of the victims they leave behind. Now, every illegal action will have a consequence,” she added.

“It’s the most innovative and intelligent project I’ve seen.”

During Cristina Kirchner’s first presidency in 2009, a penal programme for young people aged 14 to 16 was developed, although it was immediately voted down in the Lower House by the Kirchnerists themselves. It has always been a controversial issue, and there are those who believe that the ruling is being used as a smoke curtain to divert attention from other issues, due to its launch at the beginning of an electoral year.

“They want to over exaggerate the issue of insecurity,” the former minister of defence said. “That doesn’t mean to deny that it exists, it is serious and we need to find a solution, but this is not going to be resolved with dramatic and marketing-style solutions.” She added that the considered the initiative as part of the “Bolsonaro-ifying of the debate,” alluding to recently-inaugurated Brazil president Jair Bolsonaro, whose controversial security policies include the right for all citizens to carry guns.

Leonardo Gross, from the Evita movement also told La Nacion that “Macri and Bullrich’s policy is to put them all in prison before worrying about their food or that they have a decent childhood.”

However, despite controversy there are those who suppport the age reduction for criminal responsibility. Argentina is in a security crisis, and in November of last year, a police officer was killed in action, and when a reporter arrived at the scene, a group of 14 to 17-year-olds followed her saying “The policeman? I killed him myself.” The young people were returned to their families without any criminal charges against them.

Read More: A TV journalist is threatened at gunpoint by a gang of minors when reporting in Avellaneda

Luis Petri, MP in Mendoza for the Union Civica Radical highlighted the fact that the current system is outdated and that changes need to be made.

“We have a juvenile criminal responsibility programme that dates from 1980 and it needs to be updated,” he said, adding that it would be necessary to have “specialised judges” in the area.

The president of the non-Kirchnerist Peronist bloc of MPs, Pablo Kosiner agreed.

“Criminal responsibility for young people is a topic that we need to modernise, we cannot carry on with a completely obsolete system.”

The initiative will be voted upon on in special sessions in the Lower House in February.