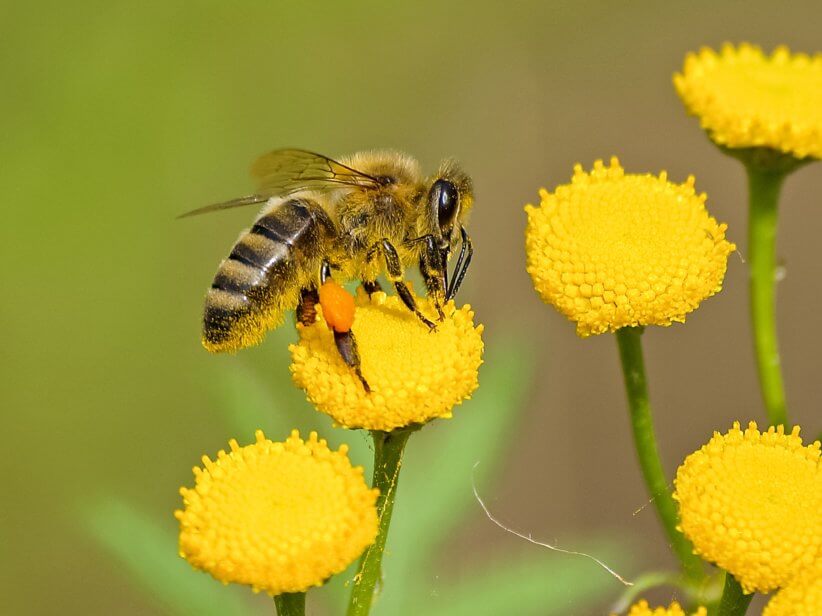 Argentina is the second largest producer of honey in the world, but its bees are dying at a rate of 30% every year, according to the Centre of Investigation on Social Bees (CIAS).

It was made clear in 2018 that Argentina’s economy depended heavily on crops and exports, as one of the worst droughts in recent years caused the country to lose US$7 billion, pushing it even further into the economic crisis emblematic of the past year.

The Food and Agricultural Organisation (FAO) stated that Argentina is the third-largest exporter of honey across the globe, and with honey production in massive decline in the South American country, this could have unwanted negative consequences on the economy.

Investigator Walter Farina told EcoPortal that this was likely to be due to the use of agricultural chemicals and fertilisers, which disorientate the bees.

“Some herbicides – like glyphosate – have a negative effect on the bees,” he said. “It makes it difficult for them to learn a floral scent and then link it to a determined food, or to learn how to navigate in a new environment, or to develop themselves in the initial stages.”

Martin Eguaras, biologist and co-director of CIAS in Mar del Plata agreed, stating that some of the chemicals used in order to stimulate plant growth or to kill pests are overly contaminating.

“There are some agricultural chemicals used in our country that are illegal in Europe because they have been proved to kill bees in flight,” he explained, adding that the reduction in the number of bees could also be attributed to “parasites which have become more aggressive due to the abuse of agricultural toxins which put the bees under stress, lowering their defenses and causing illnesses to affect them more.”

However, a reduction in the bee population is not only going to affect the production of honey. Bees are indispensable for pollinating a plethora of plants and crops. They pollinate 70 of the 100 crop species that feed 90% of the world, and are responsible for $30 billion a year in crop production.

“Bee populations and natural pollinators are in decline, and this is a worldwide problem,” Eguaras said.

In response to this issue, Argentine Matias Viel created a new startup called
BeeFlow, which aims to use science in order to improve the pollination capacities of bees, as well as halt the decline in their populations. Viel developed the project along with PhD. Pedro Negri and PhD. Agustín Saez, who are researchers from Argentine science research council CONICET and experts in bee health and pollination.

“In Argentina, the opportunity to mutually benefit between crop production and honey production is being wasted,” explained Matias Viel . “On the one hand, farmers don’t use bees efficiently to maximise the quantity and quality of crops, and on the other hand, beekeepers are focused on producing honey, not on providing high quality pollination services.”

The startup won the Samsung Innova prize in 2018 for using an organic molecule to help improve bees’ immune systems, and a different molecule which alters the bees’ behaviour, directing them to specific plants that need to be pollinated.

“The effect of these molecules disappear after two weeks,” Saez explained to Perfil. “These two technologies are given through food and they have no impact on either the hive or the [honey] cultivation.”

BeeFlow was created in 2017, and hopes to make a marked difference in the way both farmers and beekeepers view the role of bees, highlighting the essential role they play for food cultivation in Argentina, and across the world.

“The aisle at the supermarket without bees would have 50% less fruit,” explained María Alejandra Palacio, the coordinator for the National Beekeeping Programme. “Even to produce beef requires the animals to be fed on plants, whose cultivation requires pollination.”

Juan Urtubey will run for president, promises to be a “better alternative” for Argentina