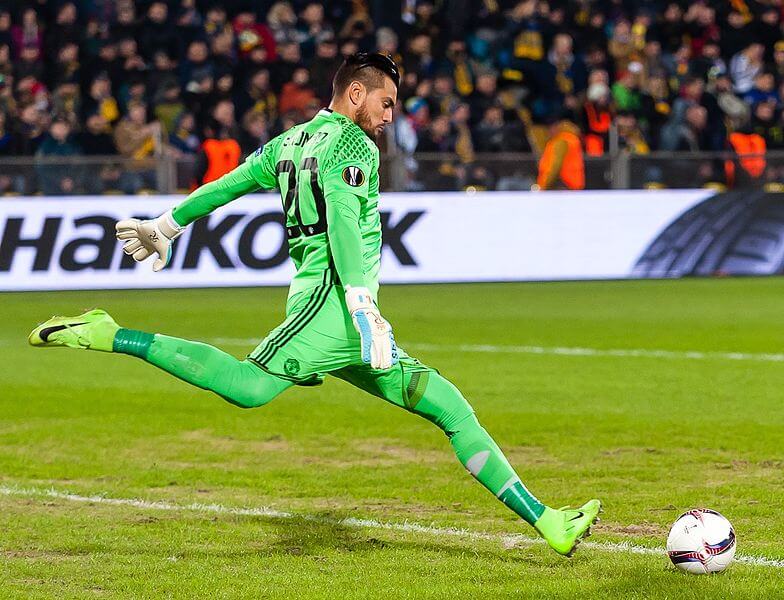 The bad news keeps piling up for Argentina ahead of the 2018 World Cup.

Starting goalkeeper Sergio Romero has been ruled out of Russia after suffering a right knee injury, according to a statement from the Argentine Football Federation on Tuesday afternoon. The 31-year-old keeper who plays for Manchester United started in net for Argentina in the 2014 World Cup when it finished runner-up to Germany.

Coach Jorge Sampaoli just released his 23-man roster for the World Cup this week, but he’ll now be forced to add another goalkeeper in Romero’s place.

The other two keepers called up were Franco Armani and Wilfredo Caballero. It now looks as though Nahuel Guzmán will be called up in Romero’s steed from his Mexican club.

The 31-year-old Armani will likely be the starter come June 16 against Iceland, though Sampaoli has a pair of friendlies to try out both Armani and Caballero. Now playing for River Plate in his home country, Armani most notably shined with Colombia’s Atlético Nacional, where he enjoyed a storied eight-year career with the Medellín powerhouse. Though there was talk that Armani, who is married to a Colombian and was reportedly in line for citizenship, would be available for his adopted country in this World Cup, it looks now like he made the right choice to stay with Argentina.

Even before Romero’s injury, a solid portion of Argentinean fans and press suggested Armani should start over Romero because the now-injured goalkeeper does not start or get regular playing time with his club.