Life on Mars: Argentinian province La Rioja to host tests for the colonization of the red planet 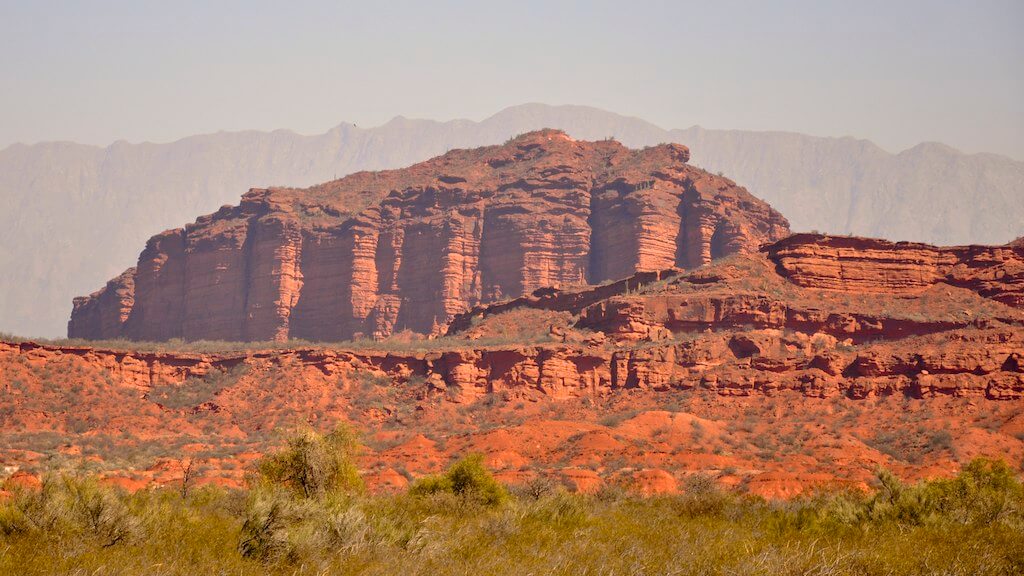 A hundred kilometers away from the city of La Rioja, Argentina — and a thousand away from the capital Buenos Aires — lies the Los Colorados provincial reserve, which holds a Martian landscape filled with red soil and orange canyons.

In this area, the Solar54 project will carry out a series of studies and tests of the different variables that will determine the human colonization of Mars. It seeks to recreate the environment of Mars so that space agencies from all around the globe can run tests and train their crews for future missions to the red planet.

The site is made up of six domes: three for accommodation, cooking and crew recreation, one for plant production in a hydroponic system, one for Cubesats satellites and a central dome that will be used as a general laboratory and ground station for satellite communication.

Last week, the initiative was presented in Satellite DC, a huge international aerospace industry fair that takes place in Washington D.C. by an Argentinian delegation. The Minister of Development, Matías Kulfas, and the Minister of Science, Technology and Innovation Daniel Filmus were there along with the Argentinian Ambassador to the United States, Jorge Argüello.

The project is being funded and carried out by the government of La Rioja and FANIoT, a company that develops IoT technology, virtual reality environments and sustainable mobility.

Their Innovation Director, Ayelen Ebene, said in talks with Télam that “La Rioja province has a historical link to aeroespacial industry and Solar54 intends to revitalize this sector of the economy and reposition the country as a provider of aerospace-related products and services.”

Space-related research in Argentina dates back to the early 1960s, according to the Space Generation Advisory Council, and La Rioja was used as a testing site to launch one and two-stage rockets which were designed through a partnership with the Argentine Institute of Aeronautics and Space Research and the National Commission for Space Research.

According to Solar54’s website, the Los Colorados provincial reserve is “the most similar place to Mars on Earth” and it states that “the project has as inspiration other locations around the globe where these simulations are being carried out with scientific, educational and tourism objectives.”

One of the most important aspects of the project is that its system is planned to be carbon neutral and fully powered by solar panels. It contemplates a replicable and modular structure made of triangular bricks of hard ceramic for easy transportation, assembly and installation.