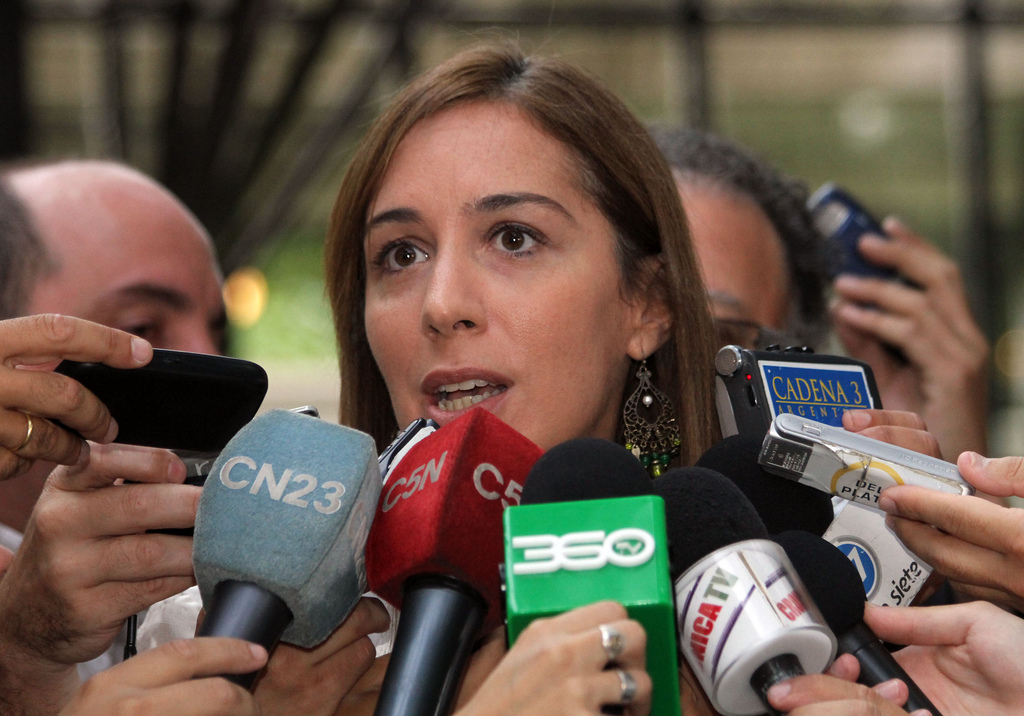 María Fernanda Inza had been Vidal’s right-hand legal and technical secretary, and Vidal had just promoted her to general accountant for the Buenos Aires province, a role which Inza stepped into on Tuesday July 17.

However journalist Juan Amorín’s investigation in El Destape on July 13 exposed possible money laundering for the mid-term electoral campaign in 2017. This implicated Inza as during her time as treasurer of the political party PRO between 2015 and 2017 she would have been involved in electoral campaigns.

The investigation broke on July 13, which pointed to inza having played a part in the money-laundering, however Vidal still pursued a promotion for her colleague. However, she did a quick U-turn on Wednesday and asked Inza to step down, after one full day in her new post.

“Today I asked for Fernanda Inza’s resignation from the post of General Accountant of the province,” Vidal said on Wednesday, reported by Clarin. “She formed part of the campaign release. She has worked with me for many years, I know her, I trust her, I don’t have anything that proves her involvement in the this case. But the act of asking her to resign pre-emptively is to show that we are not all the same.”

However, Amorin wrote on Twitter yesterday that Vidal’s actions were arbitrary as even if Inza was involved in the scandal, she was not the only one.

The governor Maria Vidal made Fernanda Inza General Accountant, despite the fact that the investigation of fraud had been going on for three weeks.

Now, exposed, she asked for her resignation. But Inza is Vidal, and she didn’t do the money-laundering by herself.

She told Clarin she will present a new political finance law to the government, which includes an initiative that will allow access to financial records and contributions to accounts, so there are no doubts over who made them. Even if the law isn’t passed, she maintained, her party will enforce this initiative anyway.

Latin America, helped in no small part by infamous Brazilian conglomerate Odebrecht, has a reputation for corrupt money playing part in election campaigns. The new president-elect in Mexico has just been fined for irregularities with campaign funding, and ex-President of Peru Ollanta Humala is accused of receiving $3 million from Odebrecht for the same reason, all within the last couple of months. Vidal’s new law might help eradicate this tendency from Argentine politics, and could spread across the continent if it is successful.