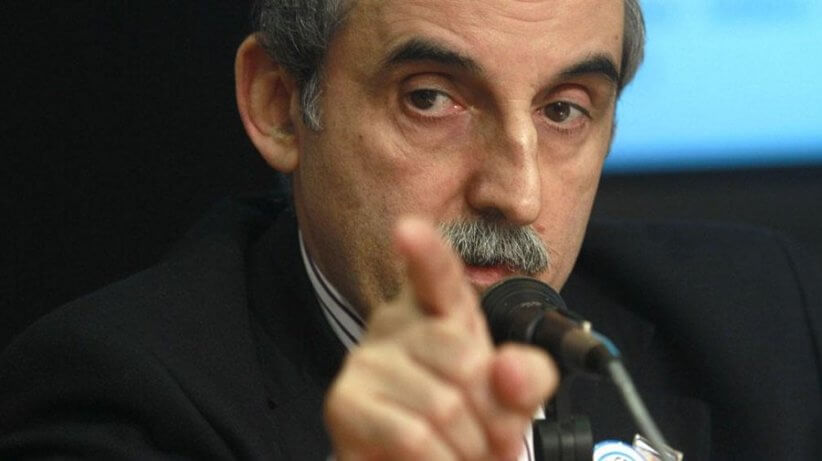 Ex-Kirchner official Guillermo Moreno wrote a letter to the International Monetary Fund (IMF) on Thursday Sept. 13 dissuading the group to acquiesce to Mauricio Macri’s request to have all remaining funds of the US$50 billion loan released at once.

Moreno was the secretary of Domestic Trade from 2006 to 2013 during the Kirchner era, reported Clarin, and he wrote and signed the letter in his “nature as President of the Economic Commission of the Partido Justicialista (PJ).” The letter was published on Twitter by  the Guillermo Moreno Puro Peronismo account, @NKGenIntermedia.

In his letter he warned that, due to the upcoming elections in 2019, a hypothetical new government would find it “difficult in the extreme” to proceed with the economic policies if there were no money remaining from the IMF.

“The letter recalls the standby agreement that this government signed, which says that the IMF will lend US$50 billion dollars in total, but divided into parts,” Moreno explained on the Radio Continental show La Mirada Despierta. “If next year the markets are still closed and they hand over a government with fiscal deficit, who are we going to ask for money if the IMF have already handed it all out?”

“The administration of a healthy economic policy, by a new government, will be made extremely difficult,” he added.

Calling Macri’s plan to gain all the funds at once “a crazy idea,” Moreno also criticised the current government for being “more mindless than radical governments…They will throw us into the abyss.”

Finance Minister Nicolas Dujovne travelled to the US to enter into negotiations with the IMF over the requested early release of funds. This action would hope to allow Argentina to balance out its fiscal deficit before the end of 2019 and put the country “back on the path to growth,” Macri had explained. The decision has both its critics, such as Moreno, but also counts with support from some international economists.

However, if Macri and his government are ousted from power after the 2019 elections, Moreno warned that the coming government “would have their hands tied.”

“[The government] will have to reconstruct the nation from the base, but the problem is this is not something that puts food on the table every day.”

There has been no response from the IMF as yet.

Google’s new pollution tracker tool starts with five cities; Buenos Aires is one of them