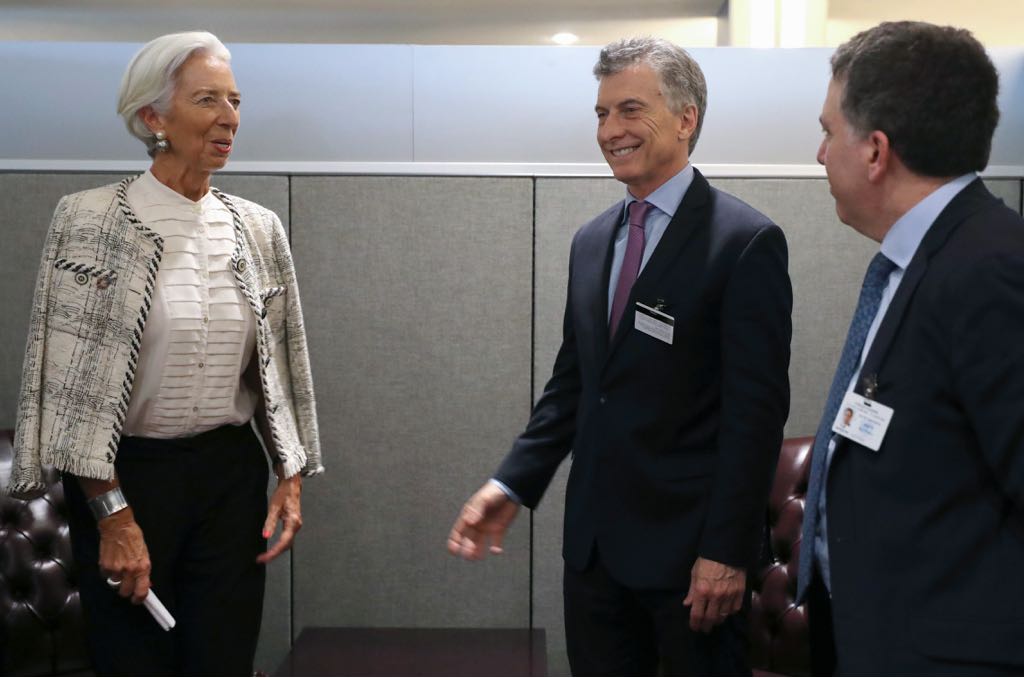 Dujovne explained that the size of the loan will increase by $7.1 billion dollars, putting the overall amount at $57.1 billion. Clarin noted that the Central Bank (BCRA) had hoped for a higher figure, however, the government is happy as the handouts will also increase.

“The total amount of the Stand By agreement has increased from $50 billion to $57.1 billion dollars, and at the same time the payments forecast for 2018 and 2019 have increased significantly by $19 billion dollars,” Dujovne explained.

“For the rest of 2018, the payments will increase from $6 billion to $13.4 billion, and those for 2019 will go from $11.4 billion to $22.8 billion dollars,” he added. “It is worth noting that these funds no longer have a precautionary role, as was established in the original agreement, but rather they can be freely used to support the budget.”

The key to the agreement, Christine Lagarde explained, was 19-19. Argentina will receive $19 billion dollars between what remains of 2018 and the before the end of 2019.

So far, the IMF have handed out $15 billion to the economically precarious Argentina. However, the extra $7.1 billion dollars awarded in the negotiation can only be used to pay external debt which El Periodico affirmed had reached 23.3 billion dollars.

Also on Wednesday evening, brand-new head of the Central Bank Guido Sandleris will make his first public appearance in Buenos Aires, where he will answer questions from the media.