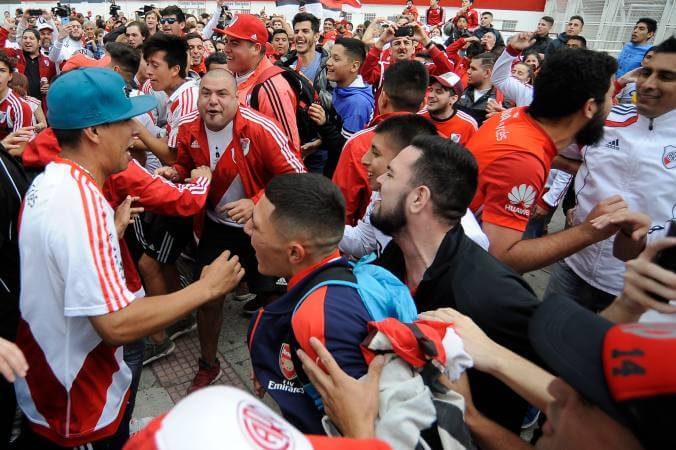 This month, Congress will debate a new project that could strengthen punishments related to  football-based violence as a result of recent events between River Plate and Boca Junior fans.

In response, the South American Football Confederation, Conmebol, stated that the Copa Libertadores final between the two teams could not be played on Argentine ground. The match, twice postponed already, will now take place on December 9 in Madrid.

The new law proposal hopes to increase the punishments for the barras bravas (violent ultra-fans) and will also seek to prevent them from attending football events in the future, reported El Pais. The law will also hone in on other habitual barras bravas activity such as the sale of unauthorised or fake tickets, unauthorised entry into stadiums, as well as trying to avoid the potential dangers of large crowds during the football games.

“The solution is not putting more police officers on the ground, but rather that those who commit crimes go to prison,” Mauricio Macri said at a press conference. “I assure you that they will think twice before they do it again.”

The recent events have tarnished Argentina’s football reputation across the globe, and may have scuppered their chances in their joint bid to host the FIFA World Cup 2030 along with Uruguay and Paraguay.

“What we need is for everyone to think long and hard about what has happened,” added Macri. “Why these things are happening to us and why we allow ourselves to believe that a [football] match is different to normal life, why we tolerate violence that in our day to day life we are not in agreement with.”

“[We need to make sure] that international football authorities telling us we can’t finish a final in our own country can never happen again,” Macri added.

Urgente24 reported that the General Secretary of Citizen Security in Madrid is requesting their Argentine sporting counterpart to collaborate with controlling the Argentine fans who visit  the country to see the Copa Libertadores final. There will be spaces left in the stadium in an attempt to separate the fans of both teams.

“It can never be said that there will be no problems, but we are going to solve them and everything will be focused on the sport,” Spanish authorities said. “We are convinced that it will go very well.”