After 48 days at large, the final fugitive in the Notebooks of Corruption case is caught 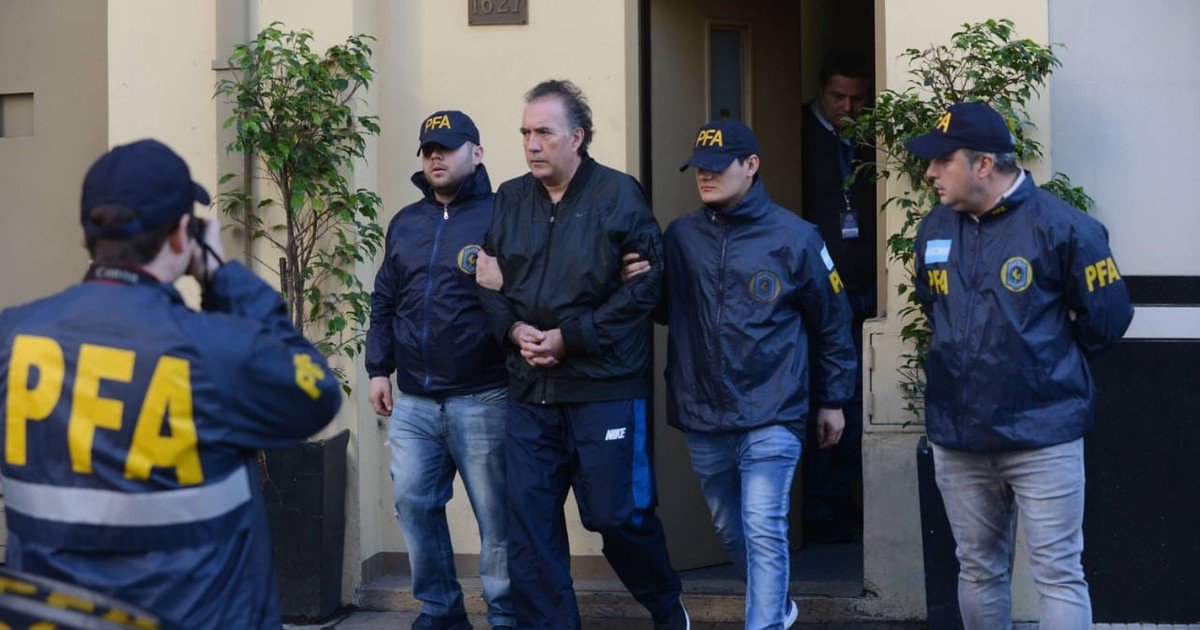 On Tuesday Sept. 18, Oscar Thomas, the last fugitive involved in the Notebooks of Corruption case, was caught.

Following two tip-offs from a WhatsApp message and a call to the case’s investigative landline, Minister of Security Patricia Bullrich was able to mobilise authorities who then located Thomas. Clarin reported that the individual (who is as yet unnamed) will receive $500,000 pesos (US$12,600) as a reward.

Thomas is the ex-director of the Entidad Binacional Yacyretá (EBY) dam, and is named explicitly in Oscar Centeno’s notebooks as giving Roberta Baratta US$1.1 million on Aug. 12, 2009. Centeno’s notebooks also implied that the Yacyretá contract had played a wider part in the corruption case during the Kirchner presidencies.

“As we travelled, (Baratta) called the boss (De Vido) and told him that the Yacyretá entity and transport had brought the crown US$657,000.”

When Thomas started working on the EBY case, he had declared one house. By the time he retired, his declarations had amounted to 23 properties (flats, houses and land) as well as luxury cars and a significant amount of money in cash.

The tip-off led to Thomas’ detention in a flat in the Recoleta area of Buenos Aires.

“The person who called 134 asked for us to detain him,” Bullrich explained to Clarin. “…They gave the concrete information that allowed us to get to Thomas.”

Perfil reported that the investigators on the case believe that Thomas’ brother could have been the one who hid him. The flat he was hiding in, on Uriburu street 1044, was owned by a contracting company that forms part of the organisation managed by Thomas’ brother.

Today Sept. 19, Thomas will give a statement in front of Claudio Bonadio, the judge in charge of the Notebooks of Corruption case. Todo Noticias reported that his defense lawyer, José Manuel Ubeira, maintains his clients innocence, stating that Thomas remained in Buenos Aires during the 48 days because “he had the expectation that he would be exempted from prison.”

“He was not a fugitive, he was in the process of being excused from prison,” he explained. “There was still an appeal at the chamber of annulment in process. At any point the chamber is going to set him free.”

“He has nothing to regret because for that he would have had to have done something bad,” he added “Unless they accuse innocent people, which they have done to many.”

Thomas was the last person to remain at large after the Notebooks of Corruption case broke at the beginning of August. It has seen the detention of scores of ex-Kirchner politicians and officials, and on Monday ex-President Cristina Kirchner herself was charged for playing a leading role in the corruption scandal.