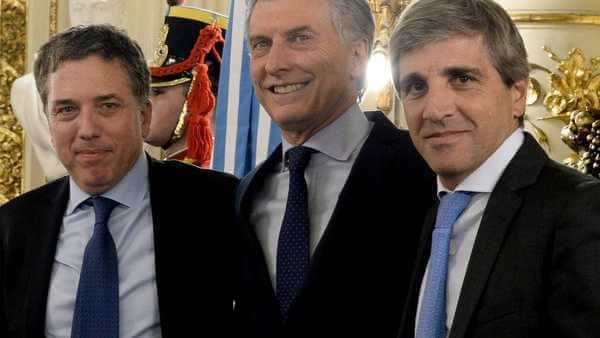 The president of the Argentine Central Bank, Federico Sturzenegger, resigned on Thursday evening and Luis Caputo will take his place.

Thursday afternoon Sturzenegger handed in his letter of resignation and published it on Twitter, in which he admitted that his credibility had been deteriorating. The now ex-president of the Central Bank is an MIT-trained economist, and left his post after a difficult week where the peso went down in value by 6% and hit an all time low of 28.43 to the dollar, reported Bloomberg.

Sturzenegger had been criticised for raising the interest rate to the highest in the world at 40%, and he was also behind the Central Bank’s plan to sell around $800 million a day over two days in an attempt to contain the dollar, which ultimately failed.

After an emergency meeting, Caputo was named as Sturzenegger’s successor. Caputo has long been Macri’s right hand man, has always supported the president in his economic policies, and seems to be a popular choice.

“Federico had lost credibility,” a source who was in Los Olivos told La Nacion. “We needed a change of image and Caputo is a person that the markets trust. It’s a decision that the president has been mulling over for a long time and what happened today with the dollar was the last straw.”

Luis ‘Toto’ Caputo, 53, has 30 years of experience in finance, as well as a degree in economics from Buenos Aires University and a postgraduate degree in economics and finance from the Catholic University of Argentina. With previous jobs in Deutsche Bank and JP Morgan, he brought his expertise to the government as the secretary of finance, then moving up to minister of this sector after Nicolas Dujovne became the head of tax.

This is the second time controversy has surrounded the Central Bank this week as they came under criticism for not following IMF guidelines following the country’s $5000 billion loan from the international organisation.