Philathropist Laura Giadorou Koch on responsible corporations making globalization for everyone: “This is the future of the world” 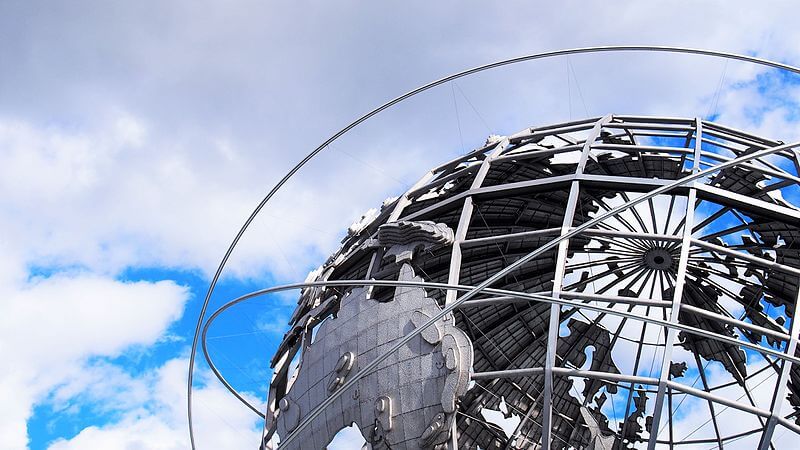 Laura Giadorou Koch was raised and schooled in Argentina. Now she is the chairwoman for the YPO Social Impact Networks, an organization that helps in part to bridge the widening gaps between the haves and have-nots in globalization.

Giadorou Koch attended the Horasis Global Meeting in Cascais, Portugal this past weekend as a panelist discussing how businesses can make globalization for everyone. A big proponent of B-Corporations, which are certified companies in the same vein as LLCs or nonprofits, that center their corporate missions on positive social and environmental impacts.

While many corporations have been systematically set up to only worry about the bottom line of profits, this new movement of socially responsible companies is receiving huge investments from important funding sources and banks around the globe. In Argentina, Giadorou Koch maintains her own B-Certified business – a winery – that thrives off sustainable practices.

Giadorou Koch spoke to Argentina Reports about this exciting phenomenon via a telephone call from Portugal. Excerpts follow:

Argentina Reports: You were in a talk involving public distrust of globalization at Horasis. What were your takeaways from that talk and how do you see globalization better including the working class and poorer citizens?

Laura Giadorou Koch: Globalization is here to stay. There is no way we can go back. And everybody agreed. You can’t build walls and then pretend that doesn’t happen. It’s the next step towards a harmonious humanity so that more people can produce what they have and share with others at a lower cost. However, there must be some type of regulation or entity to take care of the disenfranchised. Could it be the UN, WTO or the G20? Or IFM or World Bank?

The key takeaway is that governments take some sort of responsibility for those who are left out. Obviously, the people that are in the coal industry, their jobs are not coming back, whether we are globalized or not because renewables are taking over anyway. The big issue was climate change and how important that is and the research that is out there. There is an absolute must of reducing CO2 in the environment in many ways, one of them is to push renewables and reduce carbon and anything that has to do with oil. Obviously, it can be done from one day to the next but I doubt it will be with our president (Donald Trump).

AR: You mention that globalization is here to stay but, on the reverse side, we’ve seen populist rises from the U.S. where Trump wants to build a wall and in Europe where the UK pulls out of the European Union. What will be the natural result of these two competing forces in the near future?

The average income in South Korea is something like $30,000 compared to North Korea’s $1,000. I’m just giving you the worst example that can happen. But going in one way or the other, there is no doubt that open economies are here to stay. Then you have to emulate the best cases. If you look at the northern countries in Europe, they are definitely doing well. And they all have open economies because they realize that without they would not survive. But they are very benevolent with their unemployment benefits, healthcare and education.

The key thing about globalization is the people that are displaced from their position can do something. And the people that are in poverty, there are solutions like what will help them out of poverty or improve the situation is a good education for their kids and healthcare for the family.

You’re asking me to talk about globalization when our president is going the other way. But he’s doing that because it’s a political position. He’s not doing much or acting upon it other than talking about it, so far.

You have the immigration thing, for example. Trump knows all his employees are Latin American. He’s made his money out of immigrants. He’s just doing this as a facade for now to get voters. Just to put it bluntly, it’s a convenient political personality.

LGK: There are 26,000 members around the world and every major city has a chapter.

AR: What is your relation to Argentina?

LGK: It was created 10 years ago by three founders. These were the owners of And 1, the brand of shoes and things. So they sold the company after 15 years for like $400 million after starting from a basement. How come they grew so much in 15 years? Because they had impeccable sustainability practices. And this is 25 years ago so it was unusual. They said they practically went bankrupt six times because of liquidity. But they had the best relations with their employees, who had like a 99% retention rate. Really beautiful company.

Within a month of selling the company, the new owner stripped out all these sustainable initiatives and became a purely for-profit company. Basically, the concept of B-Certification started because they realized that any for-profit company be really profitable, but it can also balance purpose. So they said, ‘How can we move this needle and show the world?’ So the only way was to have companies do the B-impact assessment of B-Certification. So B-Labs started first with a legal accountability that is the benefit corporations. Benefit corporations is a legal status. Like you can choose an LLC that pays taxes or you can choose to do an NGO that pays no taxes. But the benefit corporation is in the middle. It’s a higher purpose, where you put in your bylaws your purpose up there so you can go from shareholder value to stakeholder value in your corporation.

In the 20th century, it was all about shareholder value. You pass to stakeholder value if you follow the principles of being a highly socially and environmentally responsible company. This is the future of the world.

LGK: It’s not only about profits. You have to create social impact. For example, I’m the chair of all the Social Impact Networks so we do put a lot of emphasis on that and there’s a lot of interest in climate change and sustainability. It’s something that is pretty much on the minds of most people nowadays, especially if you want to retain talent.

AR: In terms of Argentina or Latin America as a whole, what challenges has YPO confronted in these places?

LGK: Well in Argentina there are more than 80 B-Certified companies and in Brazil there are more than 100. It’s only been four years that this is going on but it is moving into an amazing direction of that type of sustainability. Worldwide the YPO community is really caring for impact.

AR: Worldwide what have been some of your favorite cases of responsible corporations making a social impact?

LGK: The fact that Larry Fink from BlackRock, the CEO of Vanguard, all these guys that are representing trillions of dollars have come up with the idea of saying, ‘Guys, if you’re not a socially responsible company then we’re not going to invest in you anymore. I mean, this is a big deal. You see, the tipping point for sustainability was impact investment and now it’s there. So I think it’s going to be a smooth ride because if the biggest fund managers say, ‘Yes, we need to go there’ then that’s what it is.

I’m a total believer in that the movement of B-Certification is what matters. And because it is such positive news, no one is talking about but something has to change because the world has to move in that direction. Otherwise, climate change, extreme poverty, the incredible difference between the payment of salaries of CEOs and the lowest-paid employees. For example, in B-Certification they ask you what the difference is and you get a score.

The biggest problem with globalization is inequality. That’s the biggest thing that it is getting wider and wider that gap for working people.