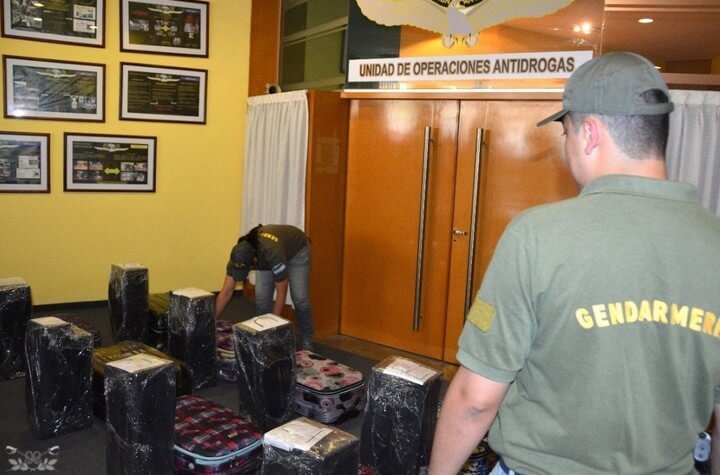 The Russian who has been accused of storing almost 400 kilos of cocaine in 16 suitcases in the Russian embassy in Buenos Aires claims that the CIA is setting him up, according to a Newsweek report.

Andrei Kovalchuck, who is currently at large, is accused of being the mastermind behind the plot to smuggle the drugs into Russia in the suitcases. The cocaine is believed to have a street value of about $60 million.

The plot was uncovered in December of 2016 when the Russian ambassador tipped off Argentinian authorities to the presence of the suitcases in a storage room at the embassy.

After an intensive year-long investigation, which revealed an international conspiracy to smuggle the drugs overseas on a Russian airplane, a criminal network was discovered involving Argentina, Russia, The Netherlands, and Germany. Two suspects were arrested in Argentina and two in Russia. Kovalchuck has an international warrant out for his arrest and is believed to be living in Germany.

Kovalchuck’s lawyer has issued a statement that claimed his client was set up by the CIA to tarnish the name of the Russian embassy, though he has provided no evidence to back up his claim. Kovalchuck says he will go back to Russia to “prove his innocence and establish the truth.”

After the suitcases were discovered, the Argentinian authorities switched the cocaine with flour, put GPS trackers in the luggage, and sent the shipment on its scheduled flight. The suspects were apprehended in Russia when they went to receive the shipment.

There are possible links to Russian government officials, as, according to the tail numbers, the airplane the shipment was on is believed to have been a government airplane. A Russian businessman also gave an interview claiming that he used to know Kovalchuck, and that he used to be a colonel in the Russian security forces. There is, as of yet, no solid evidence backing this up.

It remains to be seen who else will be implicated, if anyone, as this story worthy of a spy-thriller film continues to unfold.