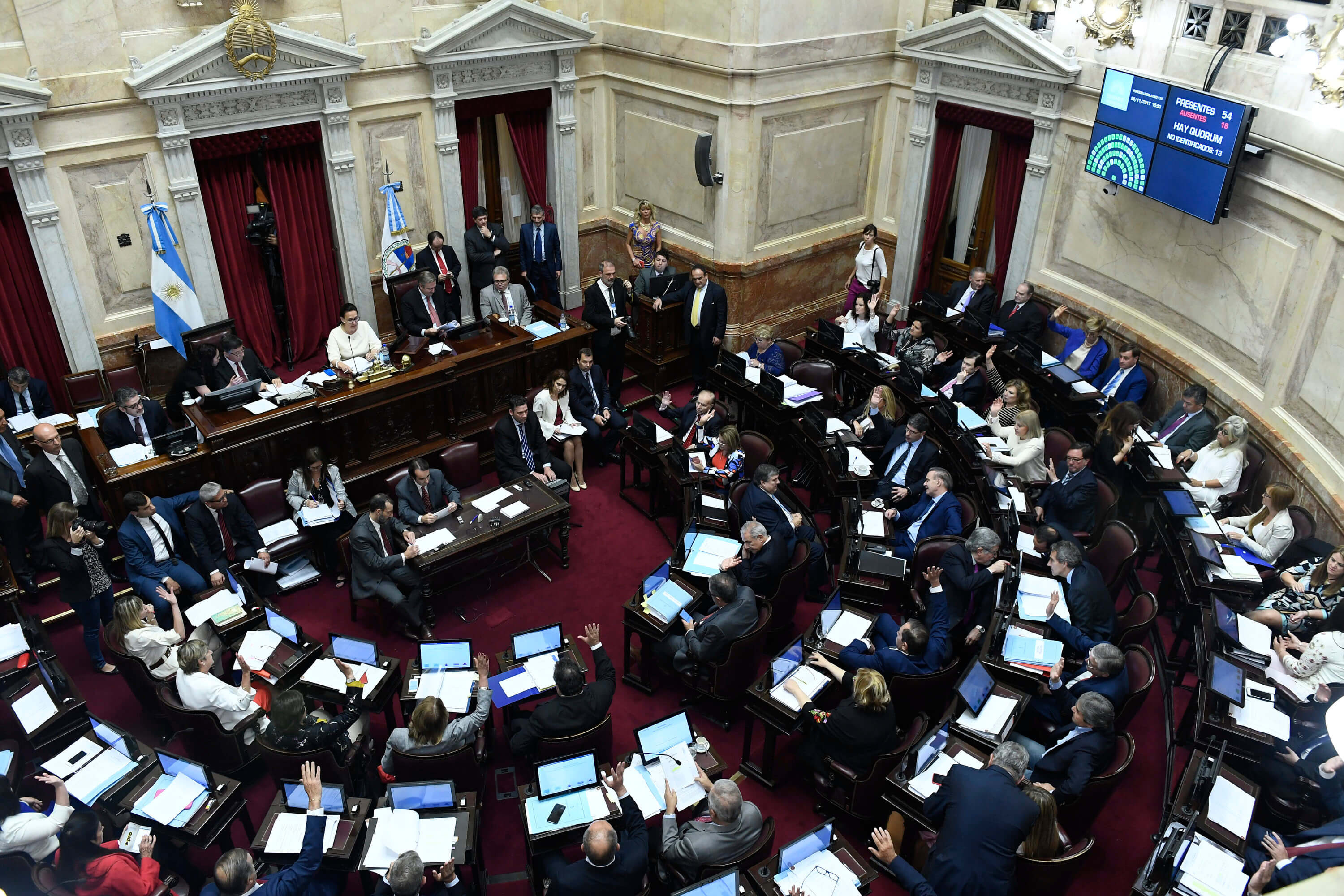 The Senate meeting to debate on Judge Claudio Bonadio’s request to authorise a search of Cristina Kirchner’s three residences failed as not enough Senators turned up.

Wednesday’s meeting didn’t achieve quorum, which is the minimum amount of Senators necessary in order to debate a proposal, reported TeleSur. The Senate needs at least 37 (half of the Senators plus one), but at the beginning of the meeting there were only 24 people in the room. Twelve more turned up, but that still left the total at 36 – one person away from quorum.

The legislators for political coalition Cambiemos were absent from the meeting as Esteban Bullrich was on holiday with his family and Miriam Boyadjian was having an eye operation. A large part of the Bloque Justicialista and the entirety of Frente para la Victoria also decided not to attend the meeting.

Bonadio’s request to search Kirchner’s residences is in response to her suspected role in the “Notebooks of Corruption” scandal which revealed that over US$200 million in cash was moved between Kirchner officials and public contract companies. Kirchner, however, proclaims her innocence and accuses Mauricio Macri’s government of unfairly carrying out ‘Lawfare’ against her.

Miguel Pichetto, the head of Bloque Justicialista, attended the meeting but Perfil reported that he thinks Senators should not lose their special rights until they have been convicted. However, he said he was open to allowing house searches if it were deemed necessary for an investigation.

“I stand by the position that I publicly announced,” he said. “In the sense that once the judge has broadened his reasons, the search request shouldn’t be blocked as long as it functions as a measure of proof and cannot impede the investigation.”

The president of the Senate, Gabriela Michetti, stated that the meeting would be rescheduled for Wednesday the following week.

However, next Wednesday’s meeting could turn out to be as sparsely attended as yesterday’s. Next week there is a meeting for Argentine members of parliament with their Chilean counterparts in Santiago de Chile, which many Senators had planned to attend. However, Cambiemos source spoke to Clarin on the importance of persuading them to stay in the country.

“We need to see how, but we cannot allow anyone to travel to Chile,” the sources said. “It would be a ridiculous meeting and it would fail again.”

Another factor is that next monday is a holiday, and some Senators had thought to take advantage of this to take the week off.

Clarin also reported that despite only 36 Senators being present in the room, the Senator entry system recorded that there were 54 Senators in the palace. This suggests that Senators are using tactics to avoid the debate coming into fruition, and Judge Bonadio may have a while to wait before he gets a conclusive answer.