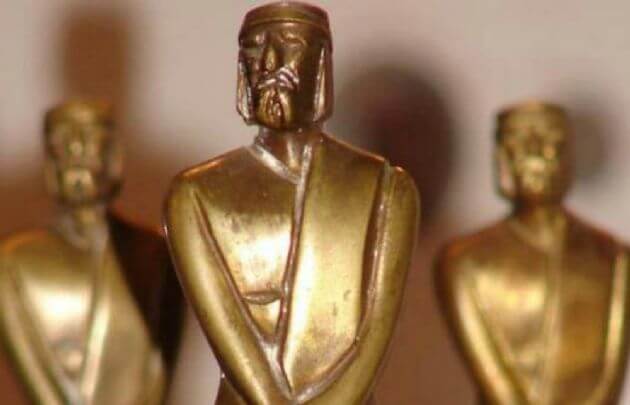 The Martín Fierro television and radio awards took place Sunday June 3 and many of the attendees showed their support for the legalisation of abortion, a debate that has taken over the country in recent months.

The Campaign for Legal, Safe and Free Abortion has used a green handkerchief as a symbol of their cause, but the group told Clarin that there was no particular reason behind the choice of colour. However, in Argentina green has become an emblem of the fight to legalise abortion, and many at the Martín Fierro awards many took the opportunity to wear the shade to openly show their backing to legalise what has been a notoriously difficult topic.

Clarin reported that actress Julieta Ortega was the first to arrive completely in green, and was followed by Micaela Velazquez in a long blue-green dress, Valeria Sampedro in dark green, and Laura Esquivel in a combination of different greens. Even Mariana Fabbiani, who was previously against the legalisation of abortion but changed her mind on seeing the statistics behind it wore long green hoops.

Men also joined the cause with green on display on jackets, ties, scarves and wristbands.

But the person who stole the show with her dress was model and actress Eva de Dominici, who wore a white dress emblazoned with writing related to the depenalisation of abortion.

“Sexual education, freedom, equality, secrecy kills us,” was written on the dress, stated Clarin. She topped off the outfit with a green clutch bag.

Women also spoke out for the cause when they received their award in front of the audience. Actress Violeta Urtizberea received her prize with a green handkerchief attached to her arm.

“The act of dressing in green at Martin Fierro shows that women are united,” she said, reported by Clarin. “If between them they fight then they will be at risk of being attacked from others.”

Television journalist Cristina Pérez also took the opportunity to let her opinions be known as she received a prize.

“As a woman let me speak to the legislators,” La Nacion reported her saying. “Dear legislators, don’t be afraid of women’s freedom. Nobody is going to do what they don’t want to, but nobody should be condemned for doing what they believe in. Support education and not inquisition. Bring us into the 21st century, take women out of their conditional freedom and make history. In the name of all Argentinian women, I ask you this: Make history.”

The past few months have seen debates on the previously taboo subject of abortion, with over 500 people presenting their opinion. The debate will be taken into congress on June 13 where it will be voted on for the seventh time.