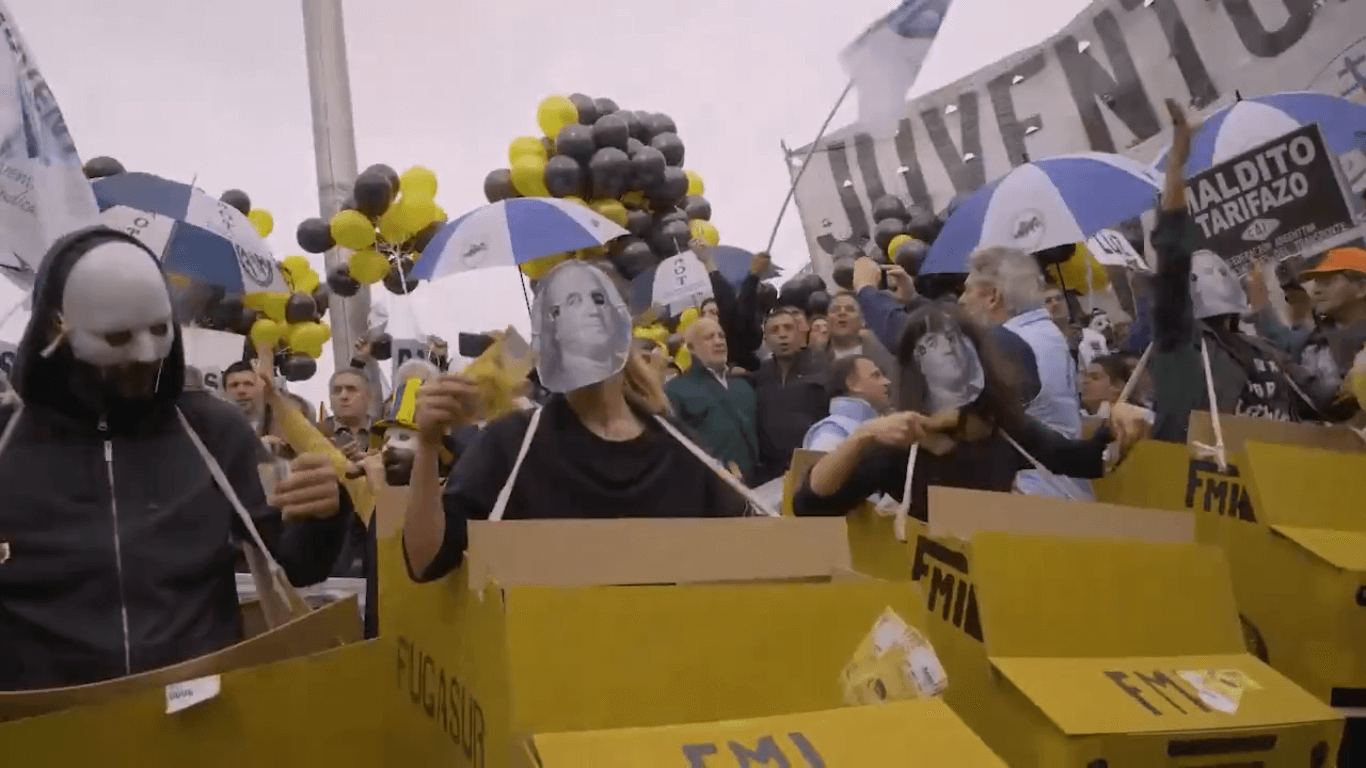 The leader of the CGT, Juan Carlos Schmid, spoke to TeleSur about the demonstration.

“The gathering is for three rejections,” he said. “To the rise in tariff prices that nobody can afford, the return to international credit organisations, because we already know what happens when we call them […] and the third is to not discussing absolutely anything to do with labour agreements and legislation.”

Argentina experienced a severe financial and economic crisis in 2001 that saw many middle class people reduced to near-poverty due to crippling taxes. The population are wary that Macri is leading the country down the same road.

“Millions of Argentinians are suffering, more than an economic adjustment, rather a true strangulation of our life conditions,” Schmid added.