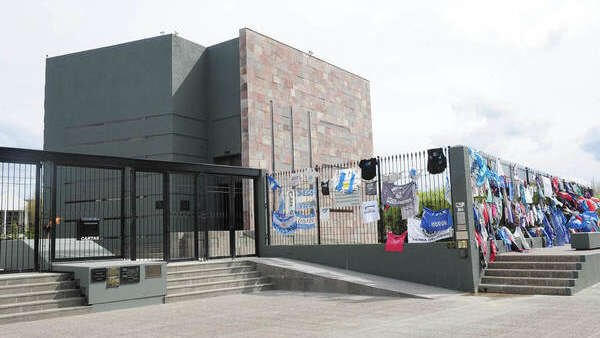 An ex-official with the administration of the city of Rio Gallegos told Judge Claudio Bonadio that 40 bags of money were removed from Néstor Kirchner’s mausoleum in May of 2013.

Danilo Adolfo Penissi was the head of the Department of Civil Works during the management of Martín Aburto, reported Todo Noticias, and his testimony before Judge Bonadio adds yet another stain on the Kirchner family’s tarnished reputation.

Between May 11 and 12 of 2013, Penissi explained, provincial police forces searched the cemetery where Kirchner’s mausoleum was located due to the alleged existence of drugs in the area. This process took place just days before a federal police search, he added and was an excuse to remove the bags of money from the mausoleum. Penissi explained as soon as those involved knew the federal authorities were coming, they took advantage of the time remaining to remove the hidden money.

Penissi said that politician Rudy Ulloa and Cristina Kirchner’s secretary, Fabián Gutierrez, were accompanied by six or seven other individuals and arrived in vans to transport the money which were subsequently spread between the government palace and the casino club in Rio de Gallegos. The casino was opened by Kirchner and his wife Cristina, along with Cristóbal López and Claudio Villafañe.

“I understand that there were over 40 bags, and that it was managed by Máximo Kirchner and Rudy Ulloa. That same day, at 9.30 p.m. President Cristina Kirchner arrived in the Tango 01 from Buenos Aires, I assume to oversee the movement of the money,” Penissi said.

The mausoleum itself was built by Austral Constructions as a present to the Kirchner family.  Kirchner died in October 2010 after a heart attack and the mausoleum is located in his native city of Rio Gallegos in the province of Santa Cruz. The head of the Austral company, Lázaro Báez, has been in prison since 2016 accused of money laundering charges. Báez is also implicated in the Los Sauces case, in which Cristina Kirchner and her two children Máximo and Florencia have been called to trial for presumed money laundering.