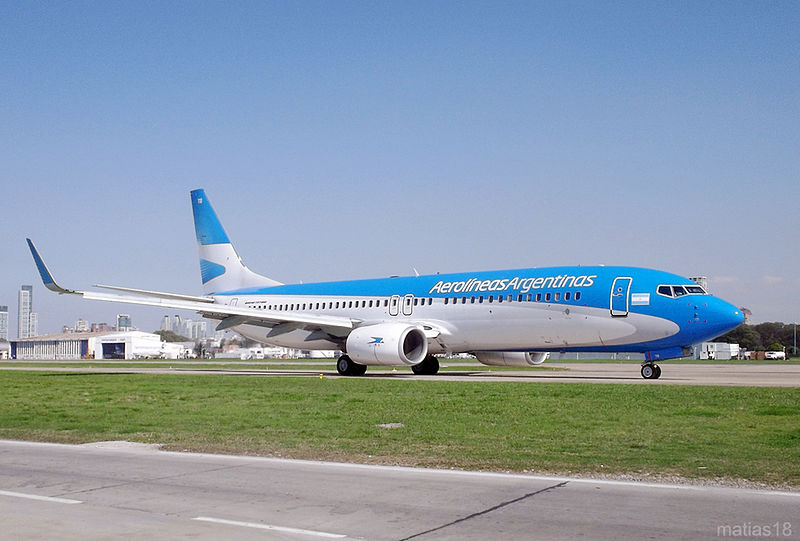 On Tuesday November 21, national airline Aerolineas Argentina decided to suspend 376 workers’ employment in response to an “unofficially declared strike” which paralysed the airline’s activity on November 8.

Perfil reported that Aerolineas Argentina expressed in a telegram that the workers would be suspended for 10 to 15 days without pay for “abandoning or withholding work.” On November 8, the workers came together for a meeting which lasted 11 hours, resulting in the cancellation of 258 flights, which affected 30,000 passengers.

The airline workers took this measure in order to protest the fact that the company had not fulfilled the clausula gatillo (trigger clause) in their contract, which should automatically update salaries in line with inflation.

“Due to this grave situation, we will move forward with a fight plan in which we will adopt direct measures of action, which will affect activities and meetings among workers,” the trade unions explained.

The trade unions that have taken part in these measures are the APA, UPSA, APTA, APLA and the UALA. Perfil also reported that they have called another meeting on Wednesday morning from 7am at the Jorge Newbery Metropolitan Airpark, which will affect flights from this terminal.  Flight attendants are not affected as they did not take part in the strike on November 8.

The trade unions have also called for a full strike on Monday November 26, reported Todo Noticias, which will further disrupt Aerolineas Argentina’s service along with the travel plans of thousands of passengers.

This is expected to cause heightened tension between the government and the publicly owned airline, who entered into dispute last week when President Mauricio Macri threatened to privatise the company due to the costs incurred for Argentine citizens.

Talking to the media, Infobae reported that a delegate for aeronautical workers criticised the government, expressing that they are trying to “make the airline disappear.” “They are cutting it down, they are selling it badly,” he said. “They should have applied the clausula gatillo for inflation to October’s salaries, and they didn’t, so we want to make them responsible for not communicating when the company didn’t fulfil something which is signed and approved.”