Women entrepreneurs get international backing at W20 in Buenos Aires 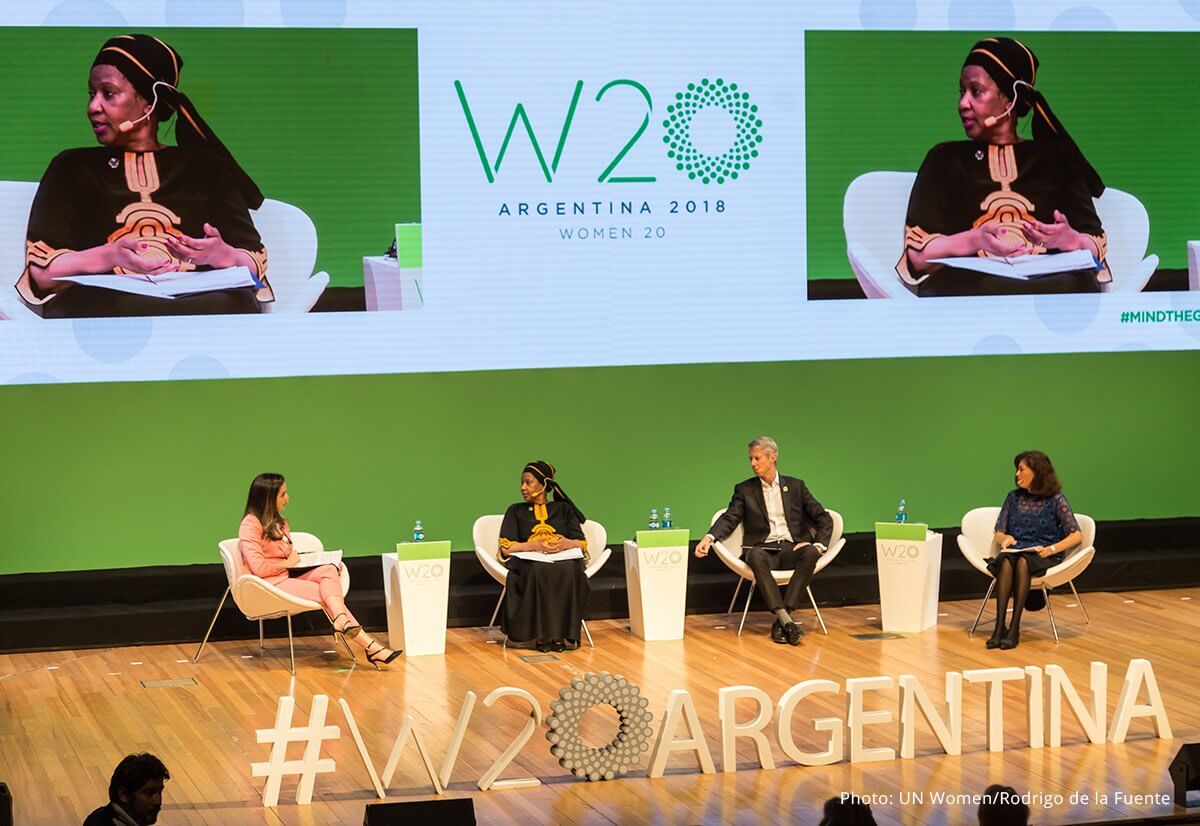 Argentina has just hosted the Women 20 (W20) summit, a group that was created by women who felt poorly represented by the G20 summit. It is an engagement group that brings together women leaders with expertise in civil society, businesses, entrepreneurships and think tanks. During the W20 conference, the group looks to influence the agenda of the G20 summit in order to both increase gender equality and create more inclusive and prosperous societies.

The group states that by closing the gender gap in economic participation, global GDP would increase by 26 percent, or US$5.3 trillion, by the year 2025. When focusing on entrepreneurship, only 17 percent of startups worldwide are founded by a woman, and in Latin America this number is reduced to 14.5 percent. However, although women entrepreneurs arrived late to the party, the continent is showing growth in the sector, and this is being supported by international summits such as the W20, as well as individual governmental initiatives.

At the G20, Mariano Mayer, Argentina’s National Secretary for Small and Medium-Sized Businesses (SMEs) and Entrepreneurs, spoke about the measures Argentina is taking to stimulate increased entrepreneurship. With nearly 30% of the population currently living in poverty, job creation is a priority, and the government has set up a project called Argentina Emprende that creates funds for investment in entrepreneurship, as well as investing in internal and international growth with a special focus on diversity and inclusion.

The Young Entrepreneur Alliance (YEA) meeting at the G20 also had a special focus on diversity, and the communique that was signed and published spoke of supporting inclusive entrepreneurship as well as promoting women and those traditionally excluded from entrepreneurial opportunities.

“Women entrepreneurs play a critical role in economic development by creating jobs and boosting growth, yet they face more challenges than their male counterparts,” the communique read.

“We want a world that leaves no one leave, that incorporates everyone, to bequeath to our children and grandchildren, a world in peace and sustainability.” – @SusanaBalboOK, @W20_Argentina Chair during #W20Summit in Buenos Aires pic.twitter.com/W0Tgn3m7Oe

The W20 conference also created a variety of proposals to encourage female integration in entrepreneurial activity. They identified the main barriers for women as the initial financing of a project, followed by housekeeping duties and gender stereotypes. To counteract this they proposed creating a public fund for women entrepreneurs, as well as communication campaigns focusing on gender, with the objective to motivate more women to create their own startups, and for society to place more value on female entrepreneurs.

Puerto Rican healthtech startup Abartys Health facilitates and streamlines communication between insurance companies and healthcare providers, and co-founder Lauren Cascio agreed that these kind of campaigns and education is vital to keep accelerating the growth of the startup scene in Latin America.

“Strong education is key here,” explained Cascio. “Entrepreneurship is a mindset, it is viral and it begins with early education and positive role models.”

The W20 website states that 10 percent of women found tech-related startups, whereas in men this number jumps to 30 percent. Argentine startup Chicas en Tecnologia (Girls in Technology) are hoping to create a more equal balance in this sector by creating clubs and training groups to show women what they are capable of.

“Creating technology is coming up with solutions and trying to change the reality that we live in,” co-founder Carolina Hadad told Clarin. “And if the teams doing this are not very diverse, it will be difficult to come to these solutions. We realised that this was a problem when we saw that girls are not choosing technological careers, because they don’t know them. You only know what programming really is when you do it. Girls don’t choose careers in technology due to the stereotypes surrounding them.”

Cascio from Abartys Health also explained that she and her co-founder Dolmarie Mendez have felt some judgement in the startup scene due to being female entrepreneurs, but that they try and separate this completely from the work that they do.

“Sometimes we are underestimated because we are women in tech, not only tech but healthcare, which is a very serious industry,” Cascio told us in an email. “Sometimes people will assume we work for someone, or request to talk to the person in charge – it is comical. But we use this to our advantage. We don’t have time to waste on worrying what others might think about our gender, after all, that is not what we are selling. You have to have thick skin to make it as an entrepreneur, so these occurrences of prejudice are just practice.”

Both the G20 and the W20 are placing more priorities on the role of women in business and startups, which in turn has encouraged governments to create initiatives that will facilitate female insertion into traditionally male-heavy markets such as technology. With more women in the sector, it is expected that stereotypes will slowly fade away and the next generation of women will have more opportunities and face less discrimination.