Anti-protest ruling bought back in for students in Buenos Aires 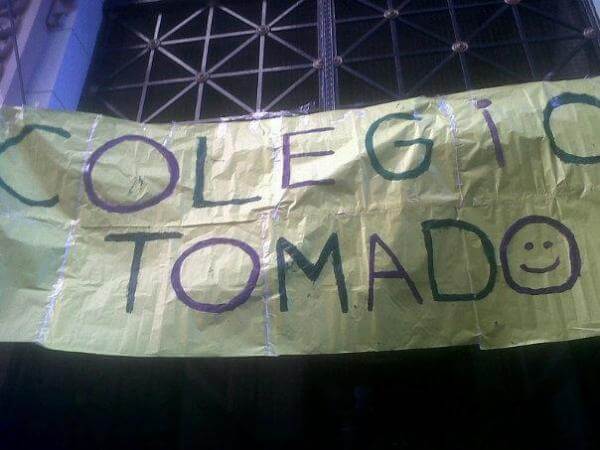 Disappointment reigns across schools in the Buenos Aires Province on Thursday as, despite the students’ and their family’s best efforts, the Ministry of Education’s anti-occupation rule has been brought back into force.

The ruling was initially brought in during February of this year in an attempt to reduce the amount of school protests in the form of students occupying their educational establishments and refusing to follow school rules.

However, at the end of April, Judge Elena Liberatori disallowed the use of this new rule partly due to a group of parents’ rejection of the measure.

In what may be the last phase of this push-and-pull motion, Thursday saw the reinstatement of the ruling which will have a massive impact on student occupation protests.

The ‘antitomas’ (anti-occupation) protocol places responsibility on the parents, not the students, explained Todo Noticias. The parents are expected to remove their children from school in the event of an occupation, and as an extra motivation for parents who might be in support of their child’s actions, it is the parents who will have to pay for any damages incurred during the protest.

The ruling also requires the principal of the school to call both SAME, Argentina’s emergency medical services, and the Board of Child and Adolescent Rights in order to guarantee the safety of the students present.

Todo Noticias also confirmed that there also needs to be a detailed description of the events taking place as well as photos certified by a public notary.

“The decisions that a person takes has consequences,” said Minister of Education in Buenos Aires Soledad Acuña to Todo Noticias. “Because of this, those who act need to be responsible. With this idea we make it clear that caring for the children and the facilities are not the responsibility of the school, but of the parents who are authorising their children to be there, as they are minors. This will leave us with a tool to be able to start pertinent legal actions.”

Acuña also went on to say that such occupations put both teachers’ jobs and students’ education at risk and therefore should be avoided.

In 2017, Todo Noticias reported that 30 schools were occupied during the school year. The last occupations this year were due to the ongoing abortion debate, when the lower House of Commons approved the legislation of abortion by a small margin.

However, some students feel like the Ministry of Education is taking away their only way to make a difference within the education system. NotasPeriodismoPopular spoke to Iñaki García Ribas, the president of the National Buenos Aires Student Centre, who explained that without occupations, the government would have to give them different areas to express themselves.

“If they really want us to stop occupations during the 2018 school year, like Soledad Acuña said in an interview, what they have to do is listen to us and create a quality public education – something which hasn’t been happening for the last 10 years,” García explained. “The only thing that the Ministry is doing with this measure is to try and prevent students from speaking out.”

This anti-protest measure comes just after the nationwide strike that saw hundreds of services shut down, and the news agency Telam’s mass lay-off and subsequent employee occupation of their headquarters.