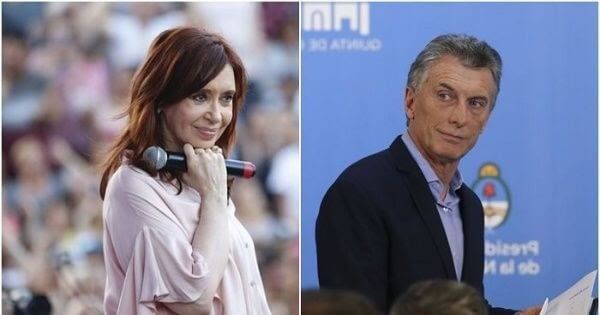 As Brazil’s elections are taking media by storm, surveys are also gauging opinion closer to home for Argentina’s upcoming presidential elections in December. One survey revealed that if the elections were to take place now, Cristina Kirchner (CFK) would beat current President Mauricio Macri by a full 8 points.

The results from the Management and Fit poll gave CFK 38 percent of the vote, with Macri following behind at 32 percent, causing an understandable tension in the government, reported El Destape. Peronist Sergio Massa received 11 percent of the vote and Socialist Workers’ Party (PTS) leader Nicolás Caño was left trailing behind with four percent.

Since April, the positive image of Macri’s government has been in freefall and has dropped a further three points from last month to 32.5 percent. Macri’s handling of the economic crisis has been anything but popular among Argentine citizens, and since taking out the largest-ever loan from the International Monetary Fund (IMF) his government has been plagued by national strikes and protests.

However, CFK has also been in the firing line as the Notebooks of Corruption scandal broke at the beginning of August, meaning she stands accused of various corruption charges which involve bribery and money laundering to the tune of at least $160 million dollars.

Another survey was carried out by TresPuntoZero in Cordoba, the second-largest electoral stronghold after Buenos Aires, and the one whose strong anti-Kirchnerist opinion pushed Macri into office in 2015. Clarin reported that the survey was carried out between Sept. 24 and Oct. 1, asking 800 people and with an error margin of +/-3.5 percent.

The rejection to Kirchnerism is still strong in the region, the survey revealed, with 66.2 percent of those questioned saying that their image of CFK is “bad.” After removing her “very good” (8.1 percent) and “good” (12.6 percent) scores, the ex-president is left with a negative differential of -45.5 percent, the lowest score in the survey.

However, although Macri’s negative differential is significantly higher than CFK’s at -1.6 percent, only 5.4 percent had a “very good” image of him in comparison with the Kirchnerist Senator’s 8.1 percent.

Despite a growing negative view of Macri and his management of the economic crisis, it appears the region is still leaning towards his political coalition Cambiemos. Maria Eugenia Vidal, the current governor for Buenos Aires and part of Cambiemos, got the highest score by far, with a positive differential of 24.6 percent.

Macri has not yet formally announced whether he will be running for president in the elections at the end of this year, but has admitted that the country will remain in recession for the next year.