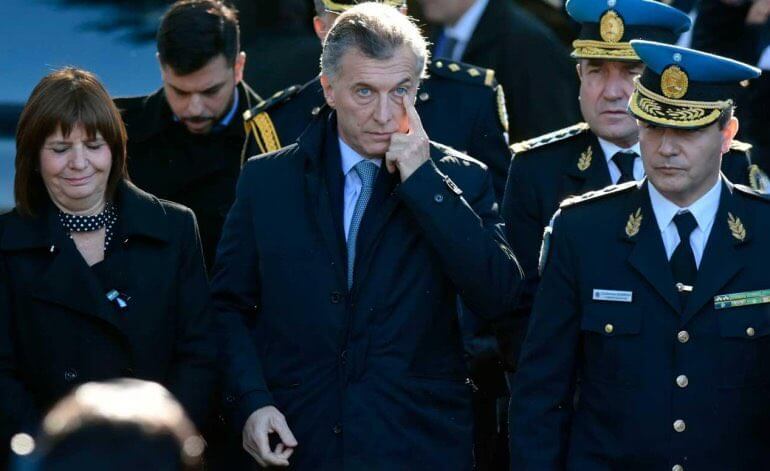 Buenos Aires Magistrate Roberto Gallardo ruled on Wednesday that the new measure relaxing police gun restrictions was “inapplicable and unconstitutional.” He passed a cautionary measure prohibiting any police officer in the Argentine capital from applying the new regulation.

The regulation, announced on Monday by Minister of Security Patricia Bullrich, has been controversial from the start. It allows police officers to use lethal force without warning, while the criminal’s back is turned and if they have an imitation gun, as long as they deem that they or third parties are at risk of death or severe injury.

READ MORE: Police officer shoots and kills robber with replica gun who was trying to escape

The measure incited the creation of two protective procedures. One came from Frente de Izquierda legislator Myriam Bregman and the Coordination against Police and Institutional Repression, and the other was from the civil association “Nace un derecho” (A right is born).

#Urgent Today we present protective procedures so that Bullrich’s new resolution is not applied. The Judge Gallardo has conceded measures and decreed that the regulation that legalises a trigger happy attitude is unconstitutional and inapplicable in the City of Buenos Aires.

National MP for the Civica coalition, Elisa Carrio also took to Twitter to reject the regulation, stating that it violated human rights.

The security forces ruling dictated by Minister Bullrich violates fundamental human rights. We are not going to end up in a Fascist system.

The Minister of Justice for the Nation, Germán Garavano, justified the regulation which has been dubbed the Chocobar Doctrine, to Aire de Santa Fe.

“I think it’s important because security forces play a role in our society that goes further than the penal code and legitimate defense,” he said. “Therefore, I believe it’s important that the Ministry of Security, in this case, rules in accordance with what the application of force is like for security forces themselves.”

After Gallardo’s decision to prohibit application of the ruling, Garavano spoke to radio channel La Red, inferring that Judge Gallardo was not wholly knowledgeable on the subject.

“Judge Gallardo has a tendency to move forward in areas that are not in his jurisdiction.,” he said.

In a special Congress session to debate the new regulation, many MPs voiced their disapproval of the measure and it even created a rift in political coalition Cambiemos. Frente para la Victoria MP Horacio Pietragalla declared that the regulation “is trying to copy the Bolsonaro doctrine,” in reference to the punitive attitude newly-elected Brazilian president Jair Bolsonaro has taken.

Minister of Security Bullrich stands by the new ruling, stating that it “is going to generate trust in the defense of society.”