Cristina Kirchner is charged in Notebooks of Corruption case 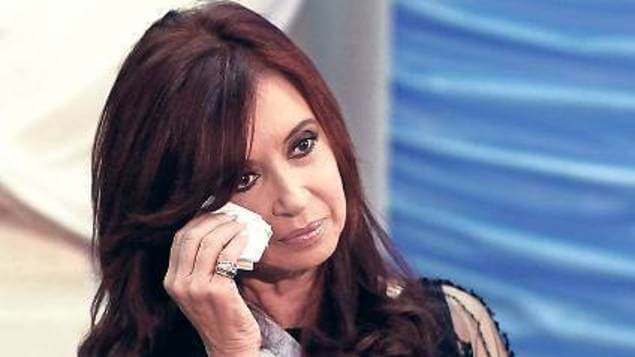 Ex-President Cristina Kirchner has been charged today in connection with the ‘Notebooks of Corruption’ scandal. Judge Claudio Bonadio believes there is enough evidence to suggest that she was the “head of an illicit organisation.”

Bonadio also asked for her detention, La Nacion reported, but once again he will have to ask the Senate to vote to strip Kirchner of her immunity as Senator in order to place her in preventative prison. This will take place in the next couple of days, with the decision likely in the hands of the Peronist majority. If she is to be placed in prison, then it scuppers her chances of running as president in the 2019 elections.

Much of the information Bonadio used in coming to his decision comes from those already detained as part of the corruption scandal that broke on August 1. Many Ex-Kirchner officials and business owners implicated in the issue have negotiated plea bargains and provided Judge Bonadio and Lawyer Carlos Stornelli with information to help them with their investigation into the ongoing saga.

Bonadio believes that Kirchner, along with her late husband Néstor and ex-official Julio de Vido, were the ringleaders of the corruption scandal, which received bribes from business men for public works contracts throughout the country.

It has been a turbulent couple of days for Argentina, as on Sunday Kirchner released a YouTube video showing the damages left to her El Calafate house after the raids ordered by Bonadio. She claimed that the search “was not to collect information for the cause at hand, but instead simply another chapter in my humiliation and persecution.”

Detained ex-Kirchner Minister of Planning José López was detained after being caught red-handed attempting to hide bags containing US$9 million, and negotiated his own plea bargain. Today, La Nacion reported that the ex-official said he had “no doubt” the money came from the ex-President, and that he had been asked to move the bags of cash on her orders.

The confessions keep on coming as prosecuted ex-Kirchner official Claudio Uberti revealed that Néstor Kirchner and ex-leader of Venezuela Hugo Chávez carried out a deal in which Chávez bought Argentine debt. Uberti claimed that the two leaders both ended up with US$25 million each, after paying $100 million to the banks who took part in the agreement.

Even with the seemingly unending finger-pointing surrounding the purported corruption of the Kirchner regime, headlines are still being shared with the unrelenting precarity of the country’s economy.

Finance Minister Nicolas Dujovne is currently in negotiations with the IMF about the potential early release of the US$50 billion loan the country took out earlier in the year, which the IMF have stated are making “important progress.”