Macri declares Argentina is in “an emergency,” and Dujovne explains drastic austerity measures 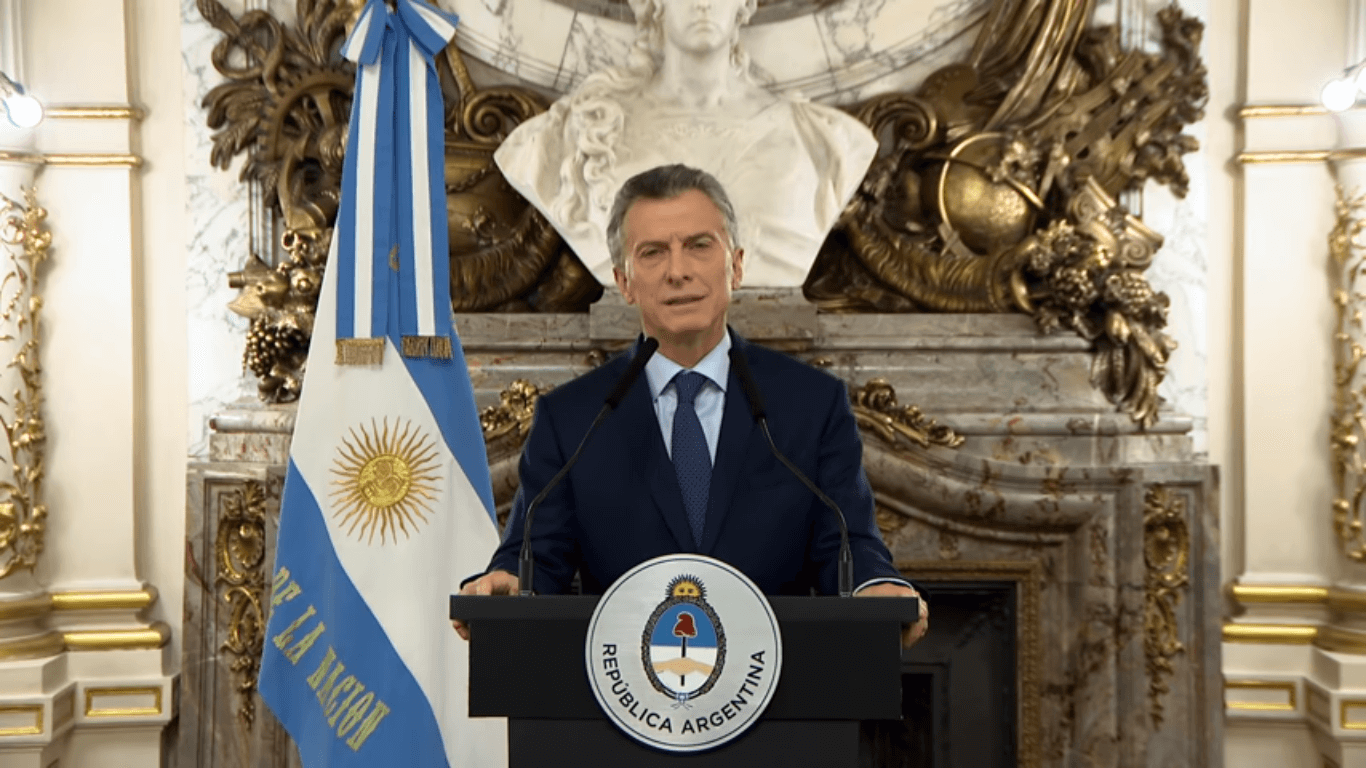 On Monday Sept. 3, after 48 hours of talks, Argentine President Mauricio Macri acknowledged the economic situation as an “emergency,” and gave a press conference explaining that the country will impose new austerity measures in order to eliminate the country’s fiscal deficit by the end of 2019.

Macri announced that he had cut the ministries in his government by over half, although he didn’t mention which ones. The press conference was also the first time that the Argentine president has referred to the current economic climate as a “crisis,” whereas previous mentions referred to it as “a storm” or “a situation.”

“After two years and a few months, the situation changed due to elements that are out of our control,” Macri added. “The worst drought in more than half a century, bad policies from the previous government, we import petrol and the price of petrol in the world increased, the interest rates in the US kept rising at a faster pace, and China and the US started a commercial war. They were all changes that we couldn’t anticipate.”

Head of Finance Nicolas Dujovne also gave a press conference on Monday explaining the cuts that will be made in order to reach the challenge of 0% fiscal deficit by the end of 2019, as well as restoring market confidence and slowing the depreciation of the Argentine peso.

“Argentina has had chronic fiscal deficit dragging behind it for the last 70 years,” he lamented. “This has brought us to delays, poverty, inflation, crisis, things that we have to get out of.”

La Nacion reported that the main change would be a tax on exports, which goes against Macri’s previous policies that looked to develop this sector. The new tax will be in effect until the end of 2020, and the tax constitutes four pesos per dollar of exports on primary goods, and three pesos per dollar for all other exports.

Primary goods encompasses crops, and Argentina is one of the biggest producers of corn, wheat and raw soybeans in the world, as well as being the largest exporter of soy meal and soy oil, which are crucial commodities in rearing livestock.

Cuts will also be made in capital spending, economic subsidies, operative costs and current expenditures.

After the announcement of the measures, the peso slid even further, losing 3% against the dollar, reported The New York Times, as well as limited trading. This could be indicative of investor confidence reducing even more, but could also be due in part to Monday being a holiday in the US.

“Apparently there are still some doubts,” Sabrina Corujo, head of brokerage firm Portfolio Personal told the American paper. “But it may be a bit early to say outright that the reaction was negative.”

Paul Donovan, chief economist at UBS Wealth management was reported in Business Insider as writing an email to clients explaining that the weakening of the peso in response to the austerity plan “suggests that there may be some way to go before confidence is restored.”

Macri admitted that the austerity plan will have knock-on effects for the majority of the Argentine population and added that these past five months have been the worst of his life, after his kidnapping.

“Poverty is going to increase,” he admitted. “We will be there for those who are most vulnerable.”

Although an attempt to regain market confidence, it is as yet unclear how markets will respond to these measures. However, it is likely that the austerity plan will not be received with open arms by the Argentine public.

In response to these measures, on Tuesday fuel companies Axion and YPF hiked up their prices, with YPF raising the price of fuel by 9.5% in Buenos Aires province and 8.5% in other regions. Axion have increased their prices between 10 and 12%, reported La Nacion.

“Argentina has never carried out an austerity plan of this magnitude before,” Political Analyst Sergio Berensztein told The New York Times.

This news comes as financial officials travel to Washington on Tuesday in order to negotiate a faster release of the International Monetary Fund’s US$50 billion loan.