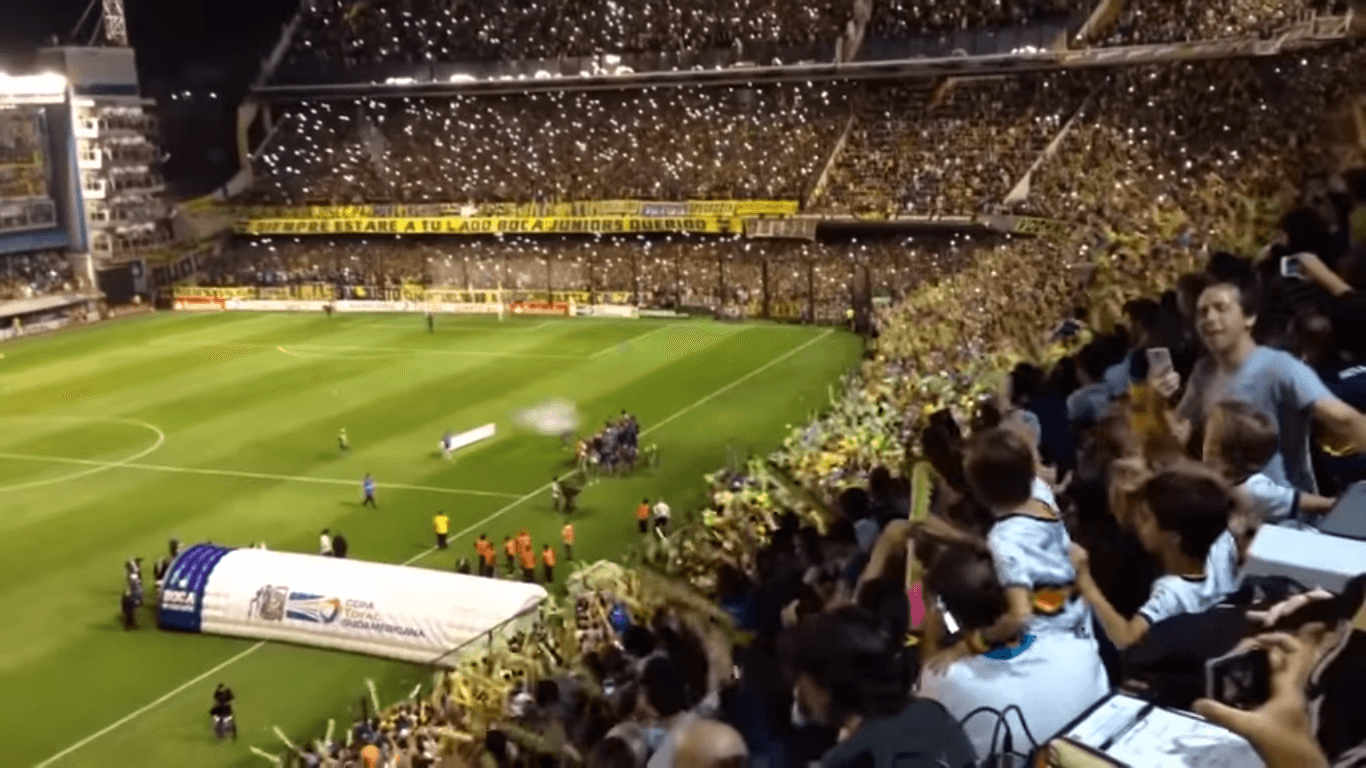 One of the most dangerous members of the barra brava (violent football fan group) La Doce travelled to Madrid to watch the Copa Libertadores final on Thursday, but was immediately deported back to Argentina.

Maximiliano Mazzaro led La Doce between 2007 and 2013, an ultra-violent group of Boca Junior fans. He spent one and a half years in jail in 2014 for the murder of Ernesto Cirino along with two other La Doce members, but was ultimately absolved on reasonable doubt. He also has a criminal record for being part of an illicit association which sold fake tickets for football matches.

Mazzaro arrived in Madrid’s international Barajas airport on Thursday with his wife and son, reported Infobae, but was not allowed to leave the airport and was placed on a flight back to Argentina that evening. Upon returning to Argentina, he told press that he had had no plans to cause problems in Spain.

“I haven’t been to a game in five years, I’m not interested in Rafa Di Zeo,” he said to Todo Noticias. “I’m not fighting with anyone. The past will not let me go. I wasn’t thinking of going to the stadium, I was with my family.”

Rafael Di Zeo is the current leader of La Doce, and there were concerns that a meeting between Mazzaro and Di Zeo could have had violent consequences. Although Di Zeo also has a criminal record, Argentine authorities did not ban him from leaving Argentina, although he would not be allowed to enter the Bernabeu Santiago stadium in Madrid where the match is being held. Todo Noticias reported that it was likely that the barra brava leader would remain in Argentina.

The Director of Security for Football Events, Guillermo Madero, told radio channel La Red that “Any fan with previous accusations of homicide will be deported by Spain.”

“Entering Madrid depends on each individual, on their criminal record, their antecedents, it’s a decision made by the Spanish government,” he added. “What we suggest to those who have violent events in their past, and who have these kinds of antecedents is that they don’t travel because the Spanish government is very firm in their stance with this. And those who do have a violent record will be deported or banned from entering the stadium.”

Madero is already in Spain with 12 members of the Gendarmerie and the Federal Police, where they are working alongside Spanish authorities to avoid violence in the highly-anticipated game between Boca Juniors and River Plate.

The twice-postponed all-Argentine final of the Copa Libertadores has caused widespread controversy, as River Plate fans attacked the Boca Junior players’ bus on November 23, causing injuries to the players. Subsequently South American football associate Conmebol banned the game being played on Argentine territory, and the game was moved to Madrid in an attempt to avoid more violence.

This has also led  President Mauricio Macri to issue a law proposal to make punishments for football violence harsher. Although debate on the proposal was expected to take place this week, it has since been postponed until March 2019.