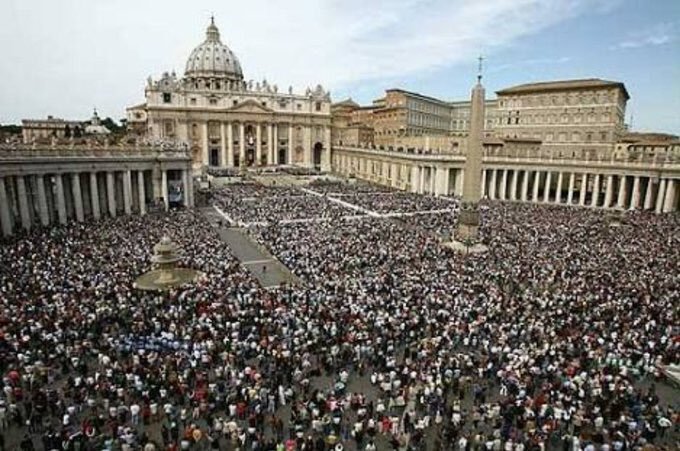 As the final vote for a “free, legal and safe” abortion reaches the senate on Aug. 8, Pro Life supporters, shocked by the Lower House voting in favour of the proposed law by a tiny margin, are building momentum in their protests.

On July 8 just one month before the senate vote, Bishop Marcos Ojea held a special Mass with the slogan #TodaVidaVale (Every Life Matters), which had a turnout of 200,000 people. Angelus News reported that during the Mass Ojea took a firm stance against the proposed law, saying that new and creative solutions need to be found, “so that no woman ends up turning to a choice that’s not the solution for anybody.”

“[The law would be] the first time in Argentina during democratic times that a bill legitimising the elimination of one human being by another is passed,” adding that “We know it’s not easy to welcome life as it comes. Sometimes it presents itself in conflictive and distressing contexts. Nevertheless, it’s always possible to care for and defend that life.”

The Pope has also spoken out against the new law, likening abortions to Nazism insofar as they allow parents to ‘choose’ to have the baby depending on its health or condition.

The newly proposed law allows free access to abortion until week 14 of the pregnancy, two weeks after the first pre-natal exam. Nicolas LaFerreire, head of Bioethics at the Catholic University of Argentina, spoke to the Senate last Thursday expressing his rejection of what could become a eugenics issue.

“It is the most radical way of discarding the vulnerable: designing programs to detect people with disabilities prenatally in order to eliminate them before they are born,” he said.

The effect of abortion on certain diseases that can be traced prenatally can be huge. Down Syndrome, which can be detected at the 12 week prenatal exam, has been practically wiped out in Iceland as 85% of parents choose to abort a child showing the syndrome, reported The Independent. Denmark, the UK and the US also have rates between 67 and 90% of parents choosing to abort a child with the condition, leading to a 30% reduction in the population.

Some lawyers have rejected the proposal on the grounds that the law is unconstitutional, as Argentina’s constitution recognises life from the moment of conception. Large numbers of doctors have also criticised it, as although the law allows conscientious objection when it comes to delivering abortions, this could negatively affect their ability to gain promotions or get jobs. The conscientious objection loophole works for individuals but not for institutions, meaning that a Catholic hospital would be required to provide abortions.

Other parts of the law that are causing unrest, according to Angelus News, is the fact that a 16-year-old girl who was raped will legally have access to an abortion until month 9 of the pregnancy without having to inform either the parents or the authorities. This raises questions as to whether this makes it easier for rapists to help the abused individual abort without having to inform any third parties. Abortion will also remain legal until the ninth month if it is deemed that the physical, psychological or social health of the woman is compromised, and at no point is the father’s consent necessary for the process to go ahead.

This year will be the seventh time that a law to legalisation has been proposed and marks six years since neighbouring country Uruguay legalised abortion in 2016 with a three-vote margin.

Although the pro-abortion protests and spokespeople have received large amounts of press due to the historic passing of the proposal in the lower house, it is true that the pro-life contingency, despite being less “war-like and noisy” have come out in huge numbers to show their disapproval of the measure. Before the first vote on the proposed law on June 14, the Chamber of Deputies received 417,000 signatures condemning the law in contrast to 70,000 from the pro-choice movement. Additionally hundreds of thousands of people took to the streets on Mar. 25 in cities throughout the country to show protest against the law.

Those who are in favour of the law point out that abortions happen, illegal or not, and by legalising it, maternal deaths (of which abortions are the main cause) will reduce dramatically. They also maintain that ultimately it is the woman’s body and therefore her decision.

Many from both parties agree that there needs to be more sexual education in schools in order to lower the probability of teenage pregnancy, as well as improving the social support system for mothers and streamlining the adoption process.

If the law is passed, Argentina will be the most populous country in South America to legalise abortion, and it could have knock-on effects throughout the whole continent.